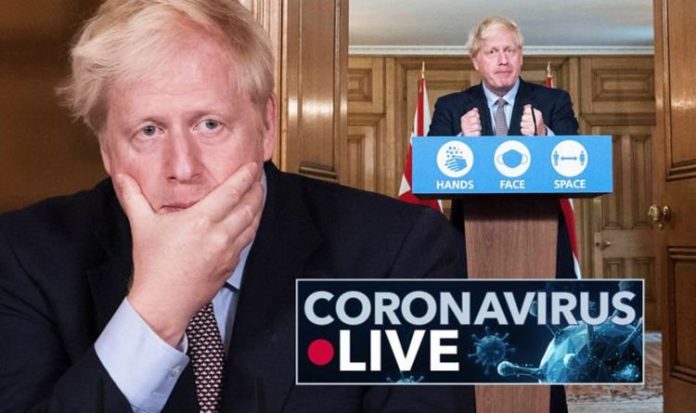 Boris Johnson held a press conference from Downing Street on Wednesday to unveil the latest coronavirus restrictions which restricts social gatherings to six people. But Professor Karol Sikora, a former director of the World Health Organization’s cancer programme, has hit out at the Prime Minister for spreading fear and disillusionment for his failure to tap into the needs of the British public.

The medic, who worked as an oncologist for 50 years, heavily criticised the Government’s latest changes to the coronavirus lockdown.

He said: “It is illogical and merely invites ridicule and disobedience from an increasingly sceptical and weary public who are confused and disillusioned by repeated stop-start initiatives, be it testing or quarantine or a return to the workplace, over the past six months.

“And certainly the latest gimmicks do nothing to address the fear factor that holds so many in its grip.”

Instead, the medic proposed four things Mr Johnson should have done to boost morale and ensure the public were receptive to the new changes.

Firstly, Professor Sikora said he should have praised school teachers for heading back to the classroom and education the nation’s children again.

Similarly, he said the Prime Minister should have “urged university and college students to start the new term with optimism”.

The medic also suggested Mr Johnson should have acknowledged the recent rise in infections among young people “who are largely invulnerable to coronavirus”.

He said the Prime Minister should have also emphasised that ten times as many people died in England of flu and pneumonia than COVID-19 last week.

Finally, Professor Sikora said Mr Johnson should have acknowledged that thousands of people failing to seek diagnosis or treatment for worrying symptoms.

He said in a comment piece for the Daily Mail: “Thousands more people will die in the coming months and years because of undiagnosed cancers, cardiac disorders and other treatable conditions than will succumb directly to COVID-19.”