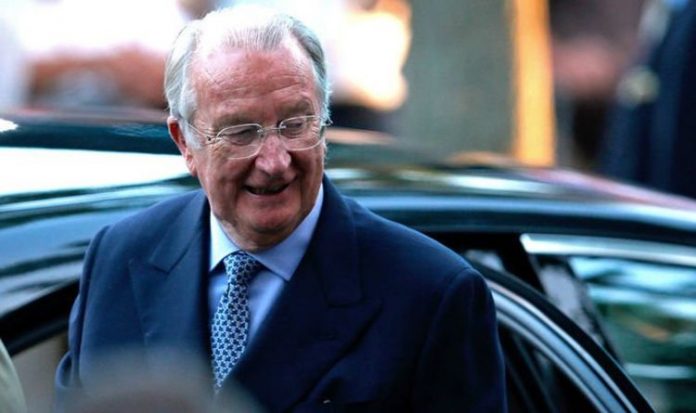 Artist Delphine Boël has taken to the court her case against her father, former Belgian King Albert II. Appealing to the court in Brussels, the love child of the former monarch wants to be granted “exactly the same privileges, titles and capacities” the other children of Albert II has had their whole lives, her lawyer Marc Uyttendaele.

Speaking about Ms Boël’s case, the lawyer said: “Delphine’s position isn’t that she wants or doesn’t want to be princess.

“She doesn’t want to be a cut-price child, she wants to have exactly the same privileges, titles and capacities as her brothers and her sister.”

A ruling in favour of Ms Boël may have long-lasting effects.

Reports suggest a victory of Ms Boël in court could see her children become eligible for a royal title – much like the other grandchildren of King Albert II in the line of succession to the throne.

But the former monarch’s lawyer says the court has no power to hand out titles and only a royal decree would make Ms Boël a princess.

King Albert II fought against claims he was the father of Ms Boël for decades.

Her mother, Baroness Sybille de Selys Longchamps, said she and Albert II had been involved in an 18-year long affair before he was crowned king.

Speculation surrounding an illegitimate child of King Albert II sparked in 1999 after the publication of an unauthorised biography of the monarch’s wife Queen Paola.

This sensational claim prompted a royal scandal and growing gossip surrounding the court.

Ms Boël first publicly spoke out and claimed she was the love child of King Albert II in 2005.