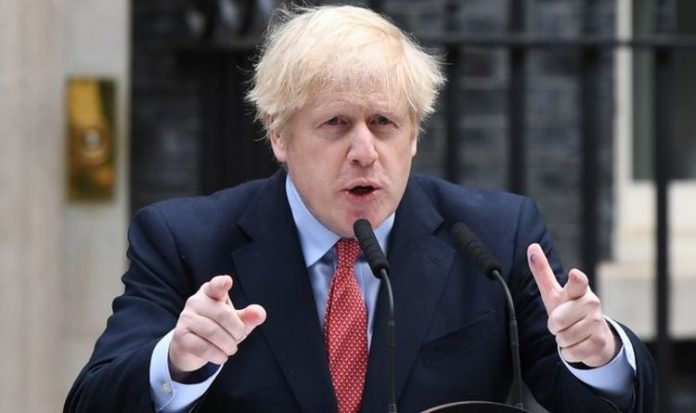 Aimed at boosting community relationships, the holiday would be similar to a French incentive called the Fete des Voisons, or ‘neighbour party’. If enacted in the UK, it would see roads closed to traffic for one day each year to get residents out of their houses and meeting one another.

The news follows a report into the matter which was ordered by Mr Johnson earlier this year, which recommended the proposals.

Put together by Danny Kruger, Conservative MP for Devizes, the 52-page document also calls for a National Volunteer Reserve which could call on people to help out in emergencies.

The report, titled ‘Levelling up our communities: proposals for a new social covenant’, was inspired by acts of goodwill and community spirit shown throughout the coronavirus pandemic.

Mr Kruger said it “sets out a vision for a more local, more human, less bureaucratic, less centralised society in which people are supported and empowered to play an active role in their neighbourhoods.”

Despite the report’s significant recommendations, some of its findings were concerning.

In a letter to the Prime Minister, Mr Kruger said Britain is “the most regionally unequal country in the developed world, with a range of chronic social challenges.”

“These are critical elements of the social model we want to see for the recovery, and into the future.”

Other recommendations set out in the report include a £500 million Community Recovery Fund which would “help civil society” through the coronavirus pandemic.

Another is a £2 billion Levelling Up Communities Fund which would help finance “community-led transformation in left-behind areas”.

In April, it was reported 750,000 Britons had signed up to join the NHS’ volunteering pool to take pressure off of the service.

The number was three times more than the government had initially set a goal for.

Such volunteers were occasionally given tasks such as driving at-risk patients to appointments or delivering food and medicine.

Mr Johnson has been strongly advised by some ministers to ensure coronavirus policies are put to a vote in Parliament before they are passed.

Around 40 Tory MPs are leading the effort to change the government’s rules on how to enforce new COVID-19 measures.