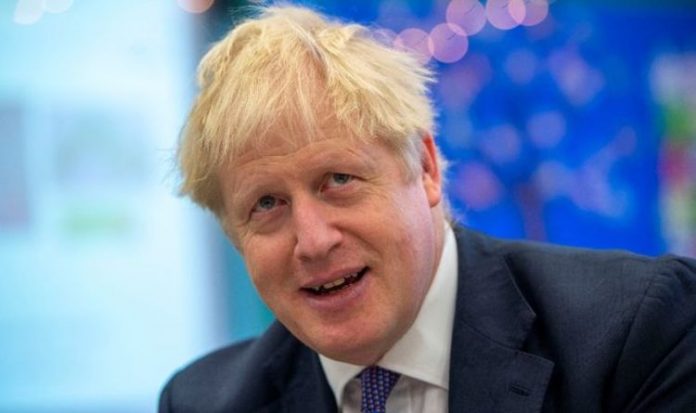 The Prime Minister’s plans involve the largest spending on infrastructure in 70 years. He has told Oliver Dowden – the Secretary of State for Digital, Culture, Media and Sport – to ensure clubs receive the financial help they need from the Premier League.

According to , Mr Johnson told around 60 Northern Tory MPs on Zoom that he had asked Mr Dowden to “get it sorted”.

He said: “I pledge that when we come out of lockdown on December 2 we will work to have the crowds to come back.

“Don’t run away with it but we need to do much better and bring the fans back.”

Mr Dowden will be holding crunch meetings with football chiefs to reach an agreement to save football clubs.

Mr Johnson praised the new Blue Wall MPs – known as the Northern Research Group – he was addressing, labelling them his “praetorian guard” and “steer for the government”.

He said the Conservatives “15 more seats in the north at the general election”, and added that “you are the tip of the spear”.

Speaking during the virtual conference he vowed to get the backbenchers “the largest financial commitment to infrastructure in 70 years”.

He added that “devolution has been a disaster north of the border” and it was “Tony Blair’s biggest mistake”.

Prof Michie was asked during an appearance on BBC Radio 4’s Today programme what other measures could be taken once the lockdown ends.

She said: “It’s too early to know. I think the next two weeks is going to be absolutely crucial.

“They’re going to be a very challenging two weeks, partly because of the weather, partly because, I think, the promise of a vaccine may be making people feel complacent.

“But the vaccine is very unlikely to come in until the end of the year or beginning of next year and that’s going to make no difference to the current second wave.