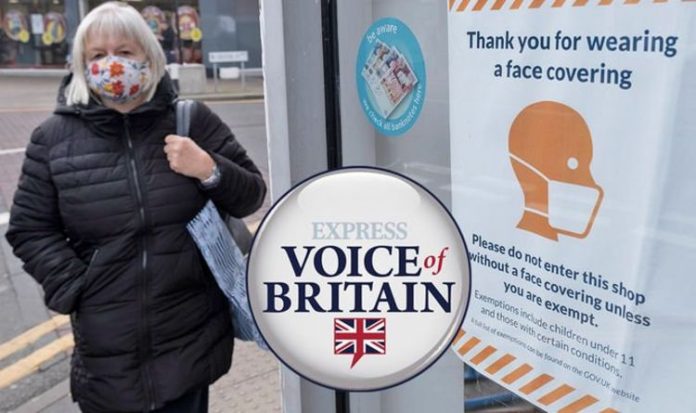 Government scientists have warned the current three tier lockdown system does not go far enough to get coronavirus under control and have urged the Prime Minister to introduce a fourth, much stricter tier.

Papers from the Scientific Advisory Group for Emergencies (SAGE) show the top experts have called for a “more stringent” approach to be implemented, to avoid a third national lockdown being ordered in the New Year.

An Express.co.uk poll – which ran from 12pm to 10pm today – asked whether the Prime Minister should introduce a new Tier 4 following SAGE’s warning.

Just 32 percent (575) said the Prime Minister should introduce a new tier while just one percent (21) said they didn’t know.

One person said: “It’s time we started to see a degree of professionalism and some common sense being applied to the problem by our government.

“What isn’t needed is more experiments with our way of life that tend to not work.”

Another reader added: “Current Tier system not working otherwise we would not have had to go back into lockdown.”

Someone else said the Tier system does not work if people continue to ignore the rules.

“People are losing their businesses and livelihood that they have worked hard for.”

Another reader simply said: “PHE and SAGE need to be sacked.”

They argued Tier 2, which bans household mixing indoors, should become the “minimum intervention” across the country.

But they also stated the second tier was “barely adequate” to keep the virus under control.

The experts warned Tier 2 restrictions “slow growth rather than reverse it”.

As a result they have called for tougher measures to be introduced across England, including a new Tier 4.

The claims were published yesterday, in a document from the Scientific Pandemic Influenza Group on Modelling, Operational sub-group (SPI-M-O) dated November 11.

The document read: “Overall, early analysis suggests that the tiers system in England had an impact on viral transmission during the period it was implemented, with higher tiers having a greater impact.

“Tier 1 measures alone are not enough to prevent the epidemic from growing rapidly.”