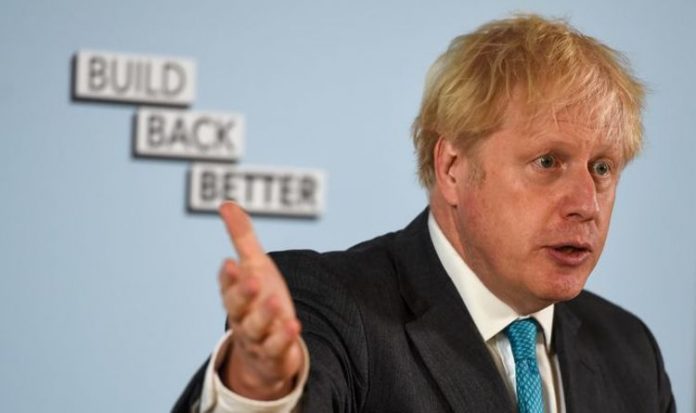 A video clip of the event, shared on social media, shows what looks like hundreds of people dancing on tables and shouting the lyrics to a track by grime artist Digga D. Current social distancing guidelines state friends and family should not gather in groups of 6 or more, and that doing so is against the law.

According to Coventry Live, the clip was filmed in Arundel House, which is located near to Coventry University’s main campus.

A spokesman told the regional news outlet the university was aware the event had taken place and said anyone found to be breaching conduct may have to deal with disciplinary proceedings.

The university said in a statement: “We are deeply concerned by the scenes in the video and strongly condemn the blatant breaches of the rule of six and other guidelines as they risk the health of our students, colleagues and the communities in which we are located.”

In addition, police said some communal areas in the accommodation had been shut down following the incident and that security is to be increased.

Currently, police have powers to issue fines of £200 to people found flouting the six-person rule, which could reach a maximum of £6,400 for repeat offences.

The video was shot in the early hours of Tuesday morning, according to the timestamp.

It comes after Universities and ministers across the UK have faced outcry for allowing students to attend Universities, only to be confined to their accommodation.

Some have defended universities, saying students were to blame for parties. One Twitter user said: “How can universities be held responsible for house parties for instance? Students are adults.”

However, another said: “Universities sold students out. They knew they couldn’t keep the safe. But they took their rent and their fees and now they’ve abandoned them.”

Last week, Scottish First Minister Nicola Sturgeon warned students in Scotland not to go to the pub, while universities said they would ban students from socialising with counterparts from other accommodations.

Ms Sturgeon was blasted by opposition ministers for not being prepared for the outbreaks before university students arrived, the BBC reports.

Over last weekend, Scotland updated its rules to allow students to return home from University for ‘wellbeing reasons’.

Robert Halfon, conservative chairman of the Education Select Committee, warned the government such a decision would cause “huge anguish”.

Yesterday, the UK recorded its highest ever rise in daily infections. 7,143 people tested positive for the virus, according to data published on Tuesday.