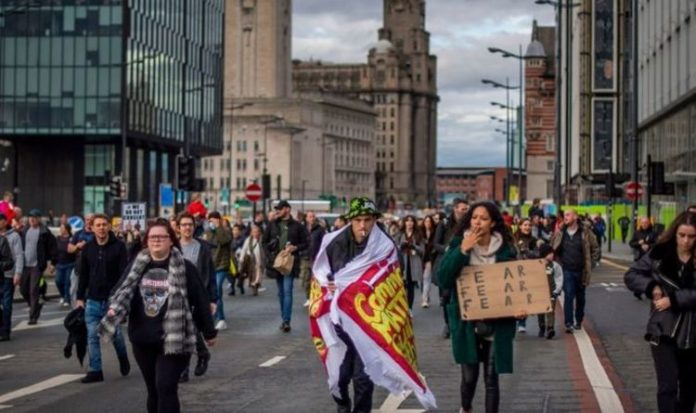 Scientific Advisory Group for Emergencies (SAGE) adviser, Professor Susan Michie, has claimed the next fortnight will be crucial in making sure the lockdown ends next month. She warned the public must continue to follow the guidelines set out in order to be able to spend the festive period with loved ones. Despite the positivity surrounding the Pfizer and BioNTech vaccine, Ms Michie insisted the news could cause the public to become complacent and thus cause cases to rise again.

Indeed, Ms Richie, who is a professor of behavioural science at University College London, indicated the jab will make no difference in fighting the current wave of the virus.

She told BBC Radio 4’s Today programme: “It’s too early to know. I think the next two weeks are going to be absolutely crucial.

“They’re going to be a very challenging two weeks, partly because of the weather, partly because, I think, the promise of a vaccine may be making people feel complacent.

“But the vaccine is very unlikely to come in until the end of the year or beginning of next year and that’s going to make no difference to the current second wave.

“I think for the next two weeks, everybody has to really get all their resolve together.

“Because that will maximise the chance that in two weeks’ time, on December 2, we’re in a position where actually we don’t have to continue the lockdown.

“And better still, what everybody wants, is to be in a position where they can spend the Christmas and winter holiday times with loved ones.”

Ms Michie also admitted her hope the restrictions brought in would cause transmission rates to fall.

Although the transmission rate may now be below one, the study did report 37,280 cases in the UK today.

In newly released documents, SAGE also indicated a return to a tiered system next month may cause infection to rise sharply.

In a document dated November 4, the infection rate will soon rise to a level seen before the lockdown began on November 5.

Mr Johnson has insisted the lockdown will end in early December 2 but was unclear what restrictions will be in place over Christmas.