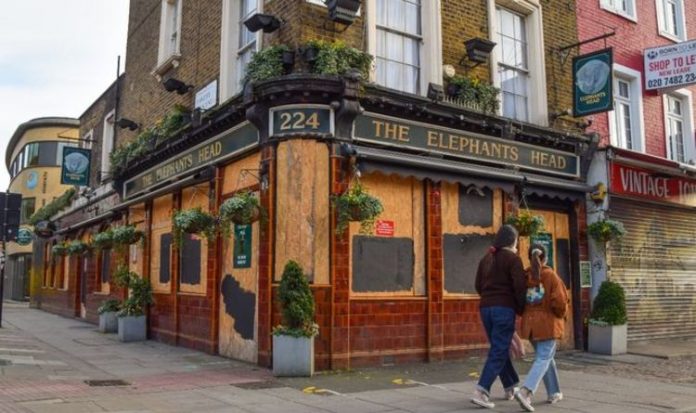 Speaking to Express.co.uk, Kate Nicholls, who has been made an OBE for her service to the industry, has highlighted the strain put on bars and restaurants under the new restrictions. Venues in Tier 4 areas – which were reviewed and extended this week – have had no choice but to make “short term decisions in order to survive.”

Ms Nicholls said: “Businesses are unable to plan more than a week ahead at the moment, as government reviews of which parts of the country are in which tier is taking place on a weekly basis.

“With many areas going up the tiers with increasing frequency – as well as announcements about London being in Tier 3 and the new Tier 4 decisions being taken outside the formal review process – this uncertainty is only getting worse.

“The fact that there is no clear end date to the restrictions nor a clear and transparent process for how areas move down the tiers undermines investment and means businesses are being forced to make short term decisions in order to survive.”

And according to Ms Nicholls, the current measures will have a lasting effect on trade and on consumers’ experience.

According to estimates, hospitality businesses will take years to recover financially to their levels from before the pandemic hit.

Ms Nicholls said: “We already know that it will take until the second half of next year for footfall, revenues and consumer confidence to return and particularly international and business travel.

“However, it is not until 2023 that we will see hospitality revenues return to pre-Covid levels and the sector return to profit.”

Earlier this month, Chancellor Rishi Sunak announced an extension of the furlough scheme for one month until the end of April next year.

Ms Nicholls said: “With every day that passes hospitality businesses slip further and further into debt and become less viable. The real danger is that the businesses themselves will now fail, meaning that despite furlough jobs will be lost.

“Furlough is of very real benefit to employees but it only reaches them if the business remains afloat, that is why we need business support to sit alongside it.

“The extension of furlough suggests we are going to facing restrictions and an uncertain economy for some time to come, so we need the Government now to confirm that it will extend the reduced VAT rate and business rates holiday for hospitality beyond 31 March too.”

The start of vaccination programmes has brought some hope to struggling businesses who have also volunteered to help speed up testing efforts in order to bring the pandemic under control.