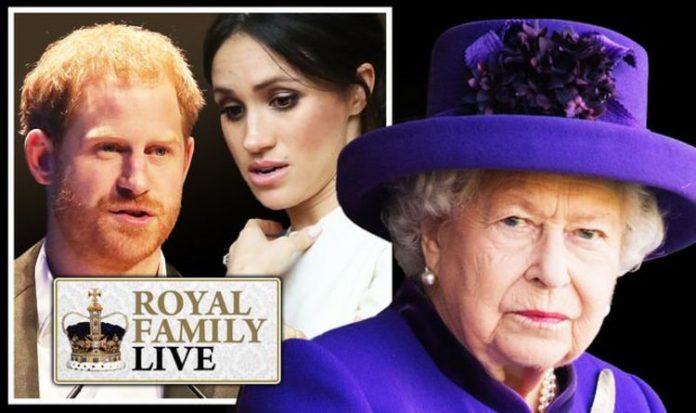 Harry and Meghan will have their royal departure conditions or Megxit, reviewed next year in a meeting with senior members of the Royal Family. According to some royal commentators, the pair will have the conditions of their departure slightly reworked after “blindsiding” the family with their decision to step back as senior royals. Although Harry is still popular, experts are claiming the new agreement needs to work for all parties concerned.

Speaking to Nine Honey, royal commentator Russell Myers said: “I don’t think they will ban him from coming back.

“Harry is a very popular member of the family however they do want to clip their wings a little bit.”

After stepping back from the Royal Family on March 31, Harry and Meghan worked to become more financially independent and settled in Los Angeles with their son, Archie.

They have now signed multi-million dollar deals with both Netflix and Spotify.

Amid their new independence, Harry will return to the UK next month to thrash the details of a new deal.

7.25am update: Harry and Meghan to have wings “clipped”

Prince Harry will return to the UK next month in order to negotiate the terms of their Megxit fro the Royal Family.

Ahead of talks with senior members of the Firm, royal commentators believe Harry and Meghan may well have certain aspects of the deal trimmed after signing lucrative deals with Netflix and Spotify.

Speaking to Honey Nine, royal commentator, Russell Myers said: “I don’t think they will ban him from coming back.

“Harry is a very popular member of the family however they do want to clip their wings a little bit.

“They have launched this juggernaut persona, they’re very, very popular in the states.

“They’ve been signing these big-money deals and it needs to work for both parties.”