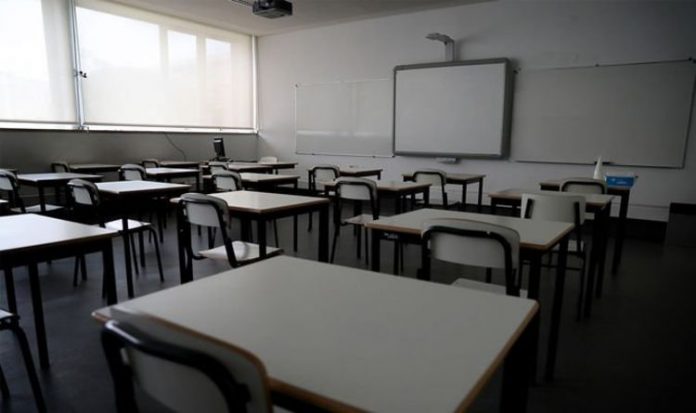 Ministers hope the virus transmission threat will be reduced in the summer months as doors and windows can be left open for ventilation. English schools are currently due to finish for the summer holidays on July 23.

A two-week extension would push their closing back to early August.

According to the Sunday Times, the lost two weeks would then by added to the autumn half-term and Christmas holidays.

These extended holidays would then act as a “fire-break” in case the pandemic makes a comeback towards the end of the year.

Schools in England have been closed, except for the children of key workers, since early January.

Whilst children very rarely suffer severely from coronavirus infection it is feared they can still pass it on to others.

Boris Johnson has already warned schools in England will not reopen for the children of non-key workers until at least March 8.

However, with Scottish schools returning on February 22, some Tory backbenchers are demanding this time table is sped up.

Speaking to the Sunday Times Robert Halfon MP, chair of the Education Select Committee, said the Government is considering a number of options.

There are fears of a “lost generation” of children who have had their education severely effected by the epidemic.

Speaking to the Mail a Government spokesman commented: “We will invest a further £300million in tutoring programmes, building on the existing £1bn Covid Catch Up Fund.

“But the Prime Minister has been clear that extended schools closures have had a huge impact on pupils’ education, which will take more than a year to make up.

“The Government will work with parents, teachers and schools to develop a long-term plan to make sure pupils have the chance to make up their lost education over the course of this parliament.

“We have just appointed Sir Kevan Collins to the role of Education Recovery Commissioner, to specifically oversee this issue.”

More than 12 million British residents have received their first coronavirus jab, significantly more than in any other European country.

However, a recent report suggested the Oxford/AstraZeneca vaccine has reduced effectiveness against the South African coronavirus variant.

The Welsh government has also indicated it could extend the school year.

Speaking to WalesOnline Kirsty Williams, the Welsh education minister, said: “At the moment our focus is on the here and now and trying to get children back to face to face teaching.

“But I think we do need to have a conversation about how the pandemic might look in the autumn and winter and whether there is scope for shifting the academic year, maybe shortening the summer holiday.”