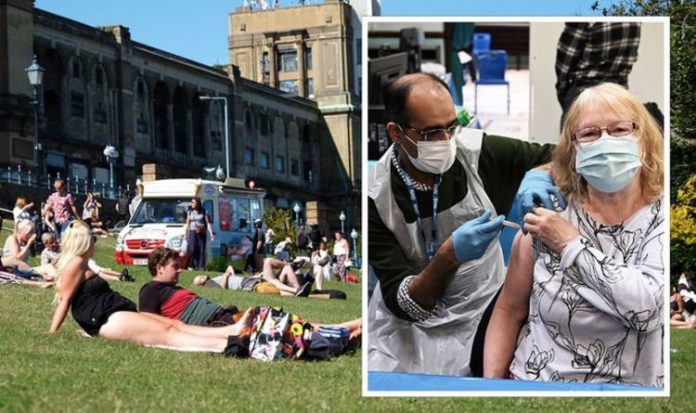 Government scientific adviser Professor Andrew Hayward said the UK “will be more or less back to normal for the summer” with the current inoculation rates. Speaking to BBC Radio 4’s Today Programme the professor said the immunisation drive will make a “big difference”.

The expert suggested there will be a “significant” easing of lockdown restrictions once those most at risk take the jab.

He said: “Once the most ­vulnerable people, particularly those over-50 and those with chronic illnesses, are ­vaccinated then yes, I think we can see a significant return to normality.

“I think what we’ll see is a phased opening up as vaccination levels increase.

“Then we’ll be more or less back to normal for the summer, I would imagine.”

The remarks come after Prime Minister Boris Johnson insisted on delivering his promise to reopen schools on March 8 at the earliest despite pressure to do so sooner.

Tory backbenchers have been pushing for an earlier return to the classrooms now new figures show the AstraZeneca jab stops transmission.

However, Mr Johnson has doubled down his date, labelling it the “cautious approach”.