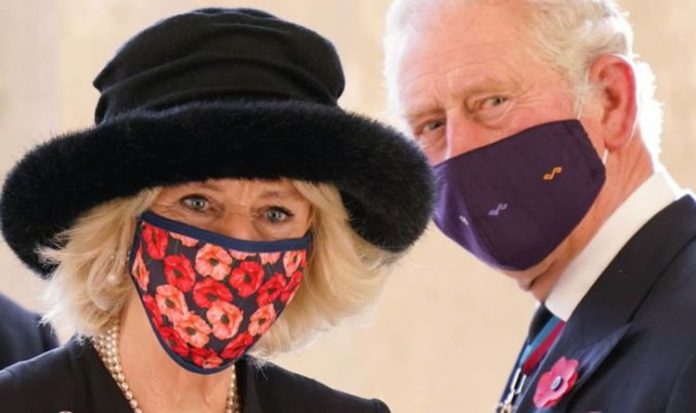 This move came after the Prince of Wales and the Duchess experienced a significant rise in critical comments on the social media platform.

Clarence House did not comment on the reason that triggered the comments ban.

However, a source at the time said the move followed high levels of anger aimed at Prince Charles and Camilla after their portrayal in Netflix’s The Crown, the fourth season of which was released in mid-November.

The insider told Hello! magazine: “The Duchess in particular has been the target of some pretty nasty trolling by people who have watched the show.”

Now, royal fans are voicing their disbelief as the royals continue to keep their account’s comments limited even when they promote important causes and charities.

“Let that sink in, a charity supporting people fighting cancer during a pandemic, won’t get much-needed attention/donations because of a fictional TV show and events 30+ years ago.”

Another simply wrote: “Totally disgusting. There is absolutely no need for that at all”.

A third said: “I saw that and it broke my heart!!”

“I’ve seen so many vile comments from ignorant psychos that I can’t even bring myself to check their social media anymore.”

Finally, another Twitter user said the finger shouldn’t be pointed at The Crown but the people who believe everything portrayed on TV.

They wrote: “It’s not the fictional tv show’s fault but the hateful trolls.”

The fourth season of The Crown focused on events taking place between 1979 and 1990 and portrayed the marriage between Princess Diana and Prince Charles and his affair with Camilla.

While Netflix has made clear in a statement The Crown is a work of fiction and royal experts have pointed out there are elements of the Diana, Charles and Camilla’s love triangle that were heavily dramatised, many viewers appear to have been influenced by this portrayal.

And, despite the season being released months ago, it appears to still negatively affect Prince Charles and Camilla.

A number of social media users have targeted the pair, directly referencing The Crown in the messages.

Following the release of this season of The Crown, several people including royal commentators, Culture Secretary Oliver Dowden and Princess Diana’s brother called for Netflix to add a health warning before each episode to warn viewers the show is a work of fiction written for entertainment purposes.

Diana’s brother, Charles Spencer, told ITV’s host Lorraine: “I think it would help The Crown an enormous amount if – at the beginning of each episode – it stated that: ‘This isn’t true, but it is based around some real events.’

“Then, everyone would understand it’s drama for drama’s sake. Obviously, Netflix wants to make a lot of money and that’s why people are in the business of making these things.

“I worry people do think that this is gospel, and that’s unfair.”

However, Netflix refused to include a similar warning, saying: “We have always presented ‘The Crown’ as a drama – and we have every confidence our members understand it’s a work of fiction that’s broadly based on historical events.

“As a result we have no plans – and see no need – to add a disclaimer”.