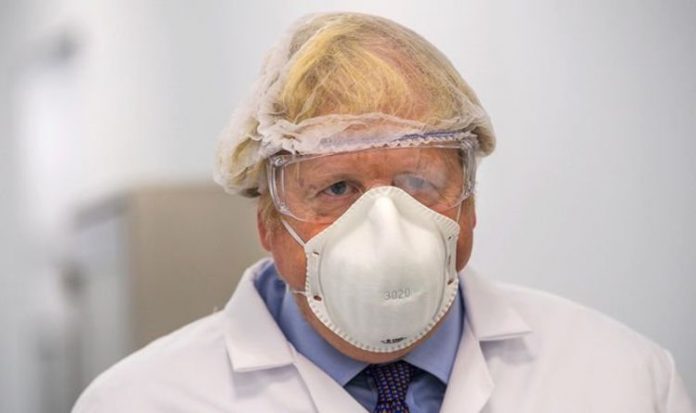 The vaccine, made in collaboration with Johnson & Johnson, aims to make one billion doses in 2021. The UK has ordered 30 million doses of the vaccine which are expected to become available this summer if it receives regulatory approval.

On average it showed 66 percent 66 efficacy but this fell to 57 percent in South Africa which is battling a new virus variant and rose to 72 percent in the US.

But nobody who was immunised had to go to hospital or died during the 28-day follow up.

Unlike other Covid vaccines each patient only requires one jab meaning this is enough to inoculate nearly half the UK population.

Britain has ordered 154 million vaccine doses from a number of providers, enough to inoculate the entire country nearly three times over.

So far three vaccines – designed by Pfizer-BioNTech, Oxford-AstraZeneca and Moderna – have been approved for supply by the Medicines and Healthcare products Regulatory Agency.

The first two of these have already been distributed whilst the UK expects to receive its first supply of Moderna vaccines in March.

Health Secretary Matt Hancock said the news puts Britain in “pole position to protect our population and make sure we get out of this pandemic”.

Britain has ordered 60 million doses which are expected to become available in summer.

They will be produced in Teesside.

He added: “It’s such a success for the vaccine development field as a whole and to see this announcement that the Johnson & Johnson vaccine – which is on the list of those that have been procured by the UK vaccine task force – also looks so effective is wonderful.”

However there are fears the UK could be hit by new EU measures which will allow its member states to block vaccine shipments out of the bloc.

The UK has vaccinated a much higher proportion of its population than any other European country thus far.