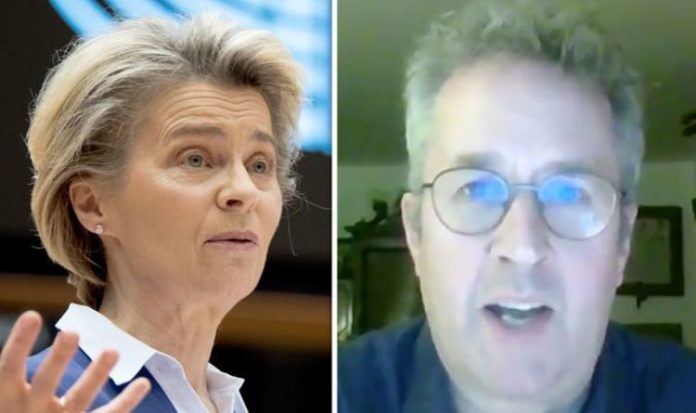 Mr Hope went on to comment on how Prime Minister Boris Johnson and Tory MPs have said little on the EU vaccine row, after he was asked whether he felt the “Government held back from getting involved in this trade war”.

He said: “It certainly seems like the ministers I spoke to tonight are trying to stay above it. They’re trying to take the moral high ground, which is certainly what Brussels would be trying to do if it were the shoe was reversed on this one.

“They’re trying to calm it all down because it is very very intense, there’s no doubt about that. But the UK holds all the cards.