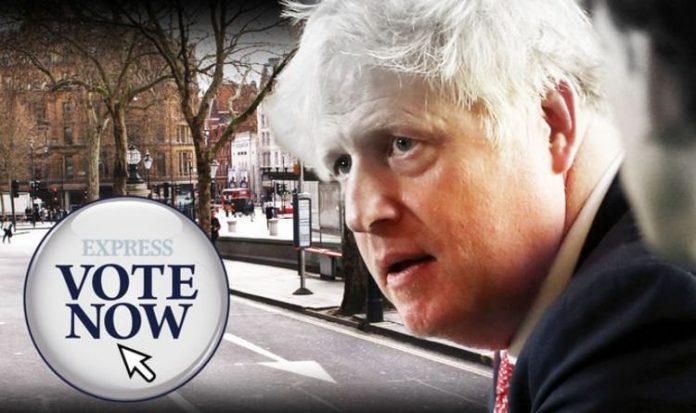 Before the lockdown, the Government had pushed forward with a three-tier system across the country. Ahead of the end of the lockdown in England, ministers are drawing up plans to introduce a new four-tier approach while dividing the country into regions. Under the new plans, the country would be split into the North-East, North-West, South-West and South-East.

This would stop individual cities being placed into lockdown and allow ministers to take a more wide-ranging approach to each individual area.

Indeed, if the infection rate still remains high, ministers may introduce a new Tier 4 level of restrictions, while adapting the previous three.

One source told The Daily Telegraph: “We will return to a regionalised approach after the lockdown, and the Government has not said explicitly at this point that the tiers will be exactly the same.

“People could enter lower tiers if they obey the lockdown rules and the R rate falls.

“The Government will set out what the tiered system looks like a week before lockdown ends on December 2.”

Currently, the Government estimates the R-rate – which states the number of second-hand infections – at between 1.1 to 1.3.

As Christmas nears, ministers are hoping to bring in a more simplistic approach to how they deal with the coronavirus pandemic.

The UK’s chief scientific advisor and medical officers, Sir Patrick Vallance and professor Chris Whitty, were both forced to defend the numbers they had forecast ahead of the lockdown.

During a select committee hearing last week, the two conceded the 4,000 a day deaths was a worst-case scenario.

Professor Whitty stated 1,000 deaths a day was a more realistic figure, while the pair also stated the tier system had begun to have an impact.

A second source told The Daily Telegraph: “There is a desire to simplify the system and having lots of different tiers within a relatively small area can be confusing.