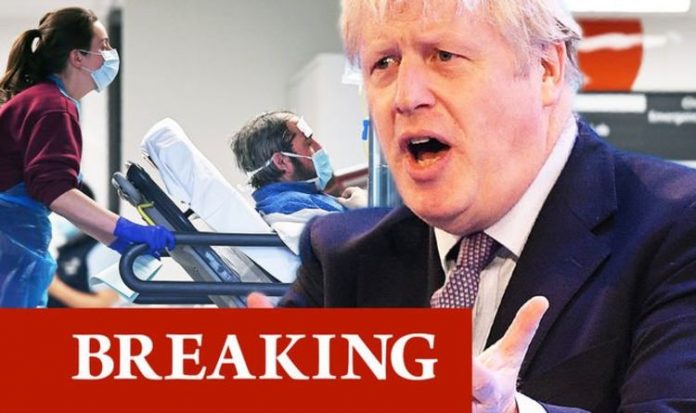 Fears of a second lockdown to fight the invisible killer disease are rising after the Office for National Statistics revealed there had been around 3,200 new COVID19 infections per day in England. The figures showed that any given time between 30 August and 5 September, around 1 in 1,400 people would test positive for COVID19, an average of 39,700 people, in England.

During the most recent week – 30 August to 5 September – figures suggest there were around 0.58 new COVID-19 infections for every 10,000 people per day in England, equating to around 3,200 new cases per day.

It comes as Boris Johnson faces an open revolt from some Tory backbenchers over “absolutely grotesque” new lockdown restrictions that limits social gatherings to six people.

One former minister declared: “It is time for us to actually start living like a free people, not subjecting ourselves to constantly shifting legal requirements.”

It comes amid reports that ministers are divided over new social distancing rules in England which will limit social gatherings to groups of six people both indoors and outside from Monday.

The Daily Telegraph reported on Friday that senior Tories also want younger children to be exempt from the so-called “rule of six” in England, while the Daily Mail claimed Health Secretary Matt Hancock was the only Cabinet minister on Boris Johnson’s coronavirus strategy committee to support the plan at a meeting on Tuesday, the day before it was announced by the Prime Minister.

Speaking on Friday, Tory former minister Steve Baker told BBC Radio 4’s Today programme: “I think it is now time to say that this is not a fit legal environment for the British people.

“It’s time to move to a voluntary system – unless the Government can demonstrate otherwise.

“And it is time for us to actually start living like a free people, not subjecting ourselves to constantly shifting legal requirements, which I think now no-one can fully understand.

“It seems to me the effect of having Covid marshals will be to turn every public space in Britain into the equivalent of going through airport security where we are badgered and directed… I’m not willing to live like this.”

Meanwhile, Liverpool city region has been included in the Government’s coronavirus watch list due to a rising number of cases.

Metropolitan mayor Steve Rotheram said: “Over the past week we have seen a rapid increase in Coronavirus cases across the Liverpool City Region.

“We are not yet at the stage of having extra restrictions imposed on us – as other areas have – but if we continue on our current trajectory, it will become a case of when, not if this happens.

“There is still time to stop that happening – but doing so depends on us and what we choose to do.”