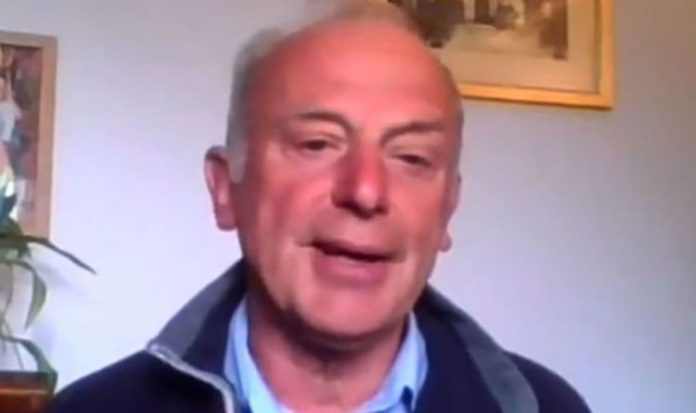 People face fines of £100, doubling to a maximum of £3,200 for repeat offences, for breaching the law, which bans social gatherings of more than six people both indoors and outdoors. But the legislation could prove difficult to enforce, with a list of exceptions allowing for larger gatherings at places including education and work settings. Ex-WHO Professor Karol Sikora has urged Prime Minister Boris Johnson to replace the rule with a personalised message aimed at the elderly and vulnerable.

Speaking to talkRADIO, Professor Sikora said: “It is clearly ridiculous.

“The good people wouldn’t break the law but this is such a ridiculous measure and then to add to it all the minor differences between Wales and Scotland.

“Where does all that come from?

“Even to the point to the age of children, while children of all ages count in England.

READ MORE: Bio-weapon warning: Next pandemic could be genetically engineered

“Imagine some police have to come and do a raid and there are seven people. Does the baby have to produce a birth certificate?

“How does this all work? It is clearly, clearly ridiculous.

“We should get rid of it immediately and personalise the message to old and vulnerable people.”

Venues like places of worship, gyms, restaurants and hospitality settings can still hold more than six in total, while weddings and funerals can still go ahead with a limit of 30 people.

The Health Protection (Coronavirus, Restrictions) (No. 2) (England) (Amendment) (No. 4) Regulations 2020 state more than six people can gather from the same household or two “linked households” – made up of a household of one adult and any number of children and a second with no limit on the numbers of adults or children.

But those attending must be part of a “qualifying group” of up to six people, a single household or linked households.

No person is allowed to become a member of another group or “otherwise mingle” with anyone outside their own group, according to the legislation.

“Is saying hello to someone at a gathering ‘mingling’? What about holding the door open for them?”

Other exceptions listed in the legislation include attending a “support group”, “significant event gathering” or “sports gathering”.

Protests are also allowed as long as a risk assessment is carried out and guidance followed.