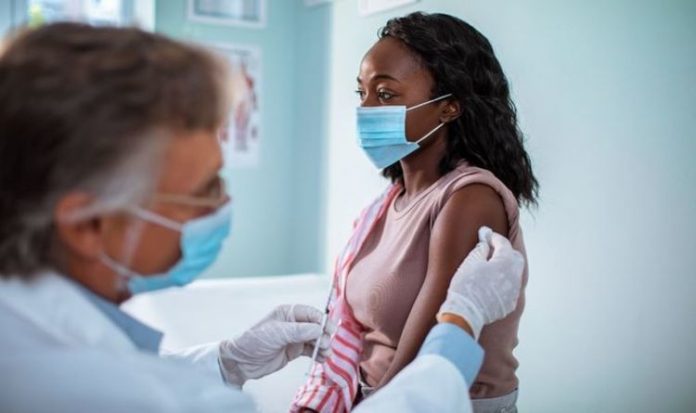 Health Secretary Matt Hancock will next week outline No10’s plans to roll out a mass vaccination programme as the country remains in the grips of a second coronavirus wave. GP surgeries will dole out the injection from 8am to 8pm seven days a week as part of Boris Johnson’s vision to vaccinate more than 100,000 people each day.

The Prime Minister wants every major city in England to have its own mass coronavirus vaccination site.

On Friday he visited a pop-up testing centre at De Montfort University in Leicester where he took a COVID-19 test in front of photographers.

Britons preparing for Christmas have been advised to scrap plans for family gatherings and instead hold off until next summer.

The Government’s team of scientific advisers, Sage, said those who do wish to celebrate the festivities with others should “self-isolate” over the New Year period.

News of the plan comes as drugmakers and research centres around the world are working hard to bring a COVID-19 vaccine to the market.

Large-scale global trials of several of the candidates involving tens of thousands of participants are well underway.

Some companies had suggested early trial data could be ready for release in October, but have since pushed that back to November and December.

The trials involve the vaccines being tested against a placebo – typically saline solution – in healthy volunteers.

Experts analyse whether the rate of COVID-19 infection among those who got the vaccine is significantly lower than in those who received the dummy shot.

Scientists conducting the trials rely on subjects becoming naturally infected with the virus, so how long it takes to generate results largely depends on how pervasive the disease is where trials are being conducted.

Each drugmaker has targeted a specific number of infections to trigger a first analysis of their data.

Pfizer, for instance, believes it may know if its vaccine works once 32 people contract COVID-19 in the 44,000-person trial.

But this will apply only as long as the overwhelming majority of those infected had received the placebo.

A slowdown in infections during the summer delayed AstraZeneca’s UK trial.

The company said that it expected to have results by the end of the year.

Its timeline was also extended by a pause to investigate an illness in a UK trial participant.