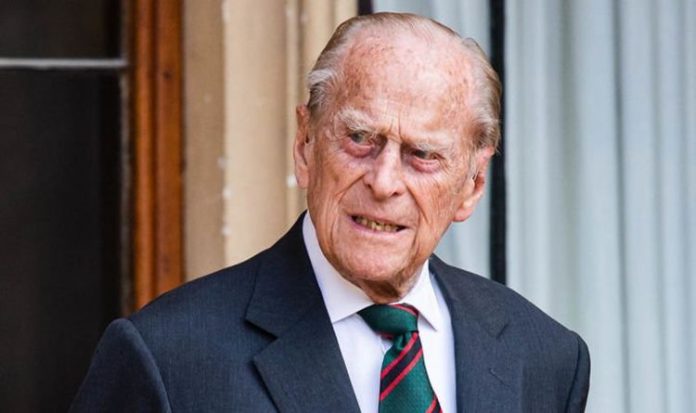 Ms Morris, with whom Prince Philip used to go dancing at the Cafe Royal in London in the late 1930s, died aged 99 on October 28. The pair met as World War 2 was beginning, when Ms Morris moved back to the UK after having studied and performed in Germany.

The singer was based in a splendid home in Groom Place, Belgravia, where she hosted several parties for socialites.

Among them, there was Osla Benning, the Canadian god-daughter of Lord Louis Mountbatten and first serious girlfriend of Prince Philip.

With time, the singer also became one of the future-Duke’s confidants, providing an ear for his troubles.

Speaking about the Duke, Ms Morris said, according to the Daily Telegraph: “He had a black bear on his shoulder.”

Ms Morris would meet Prince Philip’s wife the Queen years after the war ended and his relationship with Ms Benning was a thing of the past.

The singer performed for the Queen at a Royal Variety Performance in the 1950s.

Ms Morris was raised in Northumberland but sent to Dresden in her youth to study the violin and train as an opera singer.

There, she lives a tranquil life until November 1938, when SA paramilitary forces ransacked and demolished Jewish shops and building and arrested more than 30,000 people.

Ms Morris returned to the UK on the eve of the war and, in London, she was offered to work as a German translator for the intelligence services.

Later in her life, she worked for the Officers’ Association and the British Red Cross Transport Division.

She also retrained as a garden designer.

She married John Morris, an Australian actor, in March 1952.

They had a daughter, Joneen Stephanie, who has survived both her parents.

Ms Morris was one year older than Prince Philip, who turned 99 in June.

The Duke of Edinburgh is currently spending the second English lockdown at Windsor Castle with the Queen.

The pair arrived in Berkshire together earlier this week, after the monarch travelled to Norfolk to spend a weekend privately with her husband.

The Duke and the Queen also spent the first lockdown together at Windsor, alongside with a few members of their staff – dubbed HMS Bubble.