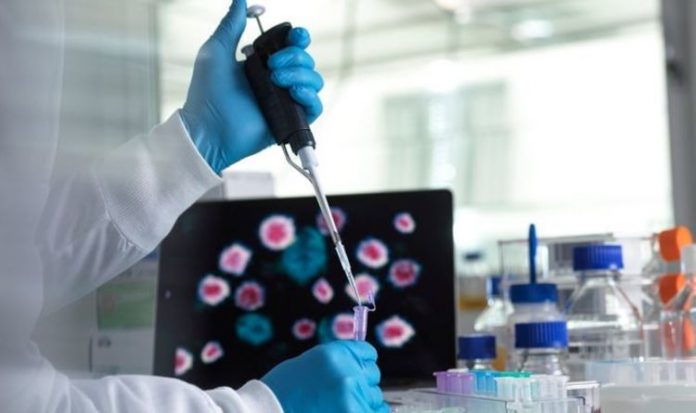 NHS bosses have reportedly earmarked two London hospitals where the initiative will be spearheaded with the help of “vaccine task forces”. Those in high-risk groups including pensioners over the age of 80, care home residents and frontline healthcare workers, would be treated as a priority.

The head of Guy’s and St Thomas’ NHS Foundation Trust, Jon Findlay, is understood to have told senior managers and executives that a COVID-19 vaccine could be ready by the end of November, reports.

Sources said care home residents would be the first to receive the jab as they account for around 40 percent of coronavirus related deaths recorded in the UK.

The vaccine will reportedly be administered in two separate doses, three to four weeks apart.

St Thomas’ Hospital and King’s College Hospital are said to be the focus of the vaccine rollout plan.

And staff known as “vaccine task forces” will be hired to deliver the programme.

Family doctors across England could be doling out a vaccine seven days a week, including on Christmas Day, under ministers’ ambitious plans.

It could see GP surgeries administer the jab from 8am to 8pm each day.

The drugmaker said a slowdown in infections during the summer delayed its trial in Britain.

It now expects to have results by the end of the year.

Its timeline was also extended by a pause to investigate an illness in a UK trial participant.

Argentina has struck a deal with AstraZeneca to receive around 22 million doses of its vaccine, with the aim to start deliveries in the first half of next year.

The company said in a statement circulated by the government in Buenos Aires on Saturday that the delivery time-frame depended on ongoing trials being successful and obtaining necessary approvals by regulatory authorities.

Argentina is also hoping to receive some 10 million doses of Russia’s Sputnik V vaccine and a smaller number of doses of Pfizer Inc’s vaccine between December-January.

The Latino nation is among the world’s hardest hit countries, despite imposing a strict lockdown back in March.

Russia’s Gamaleya Institute has begun a 40,000-person late-stage trial and is expected to have early data in November. Russia has also given the vaccine to at least hundreds of “high-risk” members of the general population.