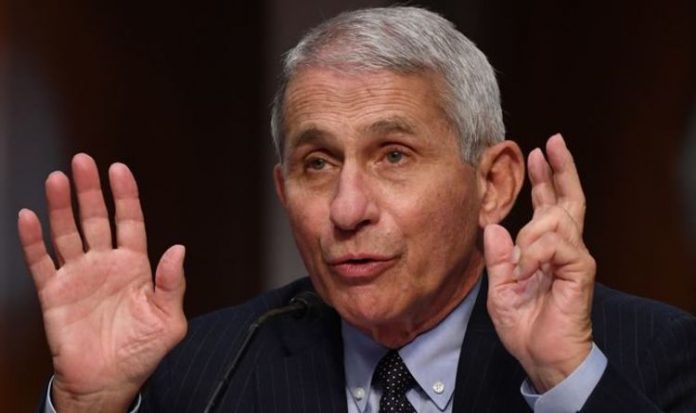 The UK became the first country in the world to approve that particular vaccine this week. Dr Fauci has subsequently commented on the UK’s approval process, saying it will have been “less deep” than the US’ own investigations.

He told US outlet CBS that the UK has “ran around the corner of the marathon and joined it in the last mile” and added: “They really rushed through that approval”.

Dr Fauci has since been criticised by Professor Stephen Evans, a Professor of Pharmacoepidemiology at the London School of Hygiene and Tropical Medicine and former medicine regulatory official.

He told Sky News: “I suspect Dr Fauci doesn’t necessarily know all the details of the MHRA procedures.

“I respect him enormously…. but he is not a regulator, he is a researcher… His criticism I don’t think has a great deal of validity.”

Dr Fauci later apologised for his remarks, saying he had “a great deal of confidence in what the UK does”.

Also speaking to Sky News, the top US immunologist responded to a statement that the UK has “won” the race to approve a vaccine.

“The UK has decided to do it a little bit differently; they’ve gone over it very quickly.

“And I can say – and this is not a criticism, but they’ve done it in a way that is much less deep than has been done, and is being done, by the FDA in the United States.”

The MHRA has insisted “no vaccine would be authorised for supply in the UK unless the expected standards of safety, quality and efficacy are met”.

Dr Fauci said the US’ examination of the vaccine data would probably be completed by December 11.

The European Medical Agency, meanwhile, will make a provisional decision on its own approval by December 29.

He recommended that other EU member states do not “repeat the process in the same way”.

June Raine, head of the MHRA, has said the agency has used “rolling reviews” in order to approve the vaccine so quickly.

She told a press conference on Wednesday: “This vaccine has only been approved because those strict tests have been done and complied with, and everyone can be absolutely confident that no corners whatsoever have been cut.”