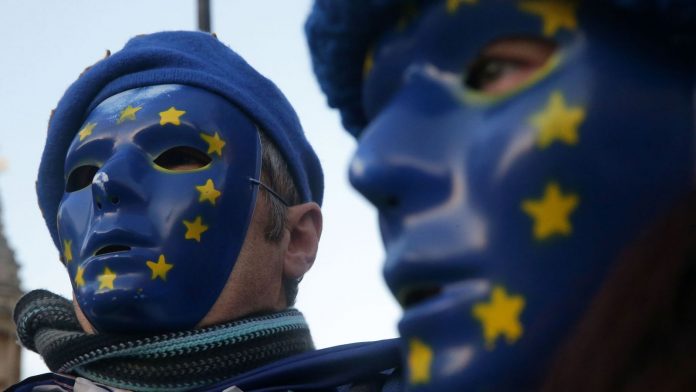 As the government further delays publication of ‘no deal’ Brexit preparedness reports, dozens of councils have taken the initiative to produce their own analyses, Sky News can reveal.

Local authorities across the UK have expressed serious concerns about the delivery of public services in dozens of Brexit impact studies obtained by Sky News as part of its Brexit Forensics investigation.

Nearly 30 councils have responded to a freedom of information request for their Brexit plans, with some expressing mounting incredulity and exasperation at having to plan to deliver local public services against a backdrop of highly uncertain Brexit negotiations with Europe and within government.

They say they are having to work out the implications for social care, border controls, the availability of food and medicines and even the fear of “social unrest”

Yesterday, Sky News revealed that Dover District Council and Kent County Council have both independently suggested that a plan for a 13-mile Brexit lorry park on the southbound M20 motorway could be needed for four years or more.

There are similar concerns from councils and port authorities across the country, including Anglesey, home to Holyhead port.

Pembrokeshire County Council, meanwhile, has released to Sky News its internal Brexit risk register detailing 19 ways it thinks Brexit will have an impact.

All but one of them is listed as negative, with seven coded red – “likely to have a high impact” – including “the imposition of border controls” and the “ready availability of vital supplies – foodstuff and medicines”.

There is one “positive” listed: that people might move away so there will be less demand on council services.

The Shetland Islands’ council released a document expressing concerns about a fall in agricultural land prices after Brexit, and a chart showing the impact different trading arrangements could have on types of farm across the Highlands and islands.

The Shetland document claims that under a “no deal”, 86% of sheep farms are expected to be loss-making, compared to half under current arrangements.

The increase in losses arises out of the imposition of tariffs on lamb exports to Europe.

Bristol council warns of a “top-line threat” of “social unrest or disillusionment during/ after negotiations as neither Leave nor Remain voters feel their concerns are being met”.

East Sussex council was one of a number expressing concerns about the impact on its provision of social care after Brexit.

The county council said in its report: “There has already been a fall in the number of EU nationals taking jobs in the care sector and the county council has great concerns that the end of freedom of movement will put further pressure on the sector that is already stretched and struggling to deliver the level of care required for our ageing elderly population.”

Almost all councils expressed significant concerns about how the treasury will replace crucial EU structural and regional funds – particularly now the PM has promised any money that might materialise after Brexit to the NHS.

But another common feature in the reports is exasperation that councils just do not know what to plan for as they wait for the government to agree a deal.

Some councils said impact assessments were impossible until the government firms up its position.

Wirral council, for example, told Sky News: “Given the lack of detail from government about any proposed deal or arrangements, it is difficult to carry out an assessment that is not purely speculative at this time.”

It did however say once “firm details” of any deal were available it would produce an analysis including “wider general implications for residents such as food costs.”

The government is pondering when to release its own preparedness notices for Brexit.

Some MPs want the reports released sooner rather than later to help the country prepare for a possible no deal scenario in eight months’ time.

Others now want the reports delayed amid fears that ministerial suggestions of plans for stockpiling of food and medicines would lead to a slide in public support for Brexit.

The European Union issued six dozen preparedness notices for businesses and the public, mostly at the beginning of this year.