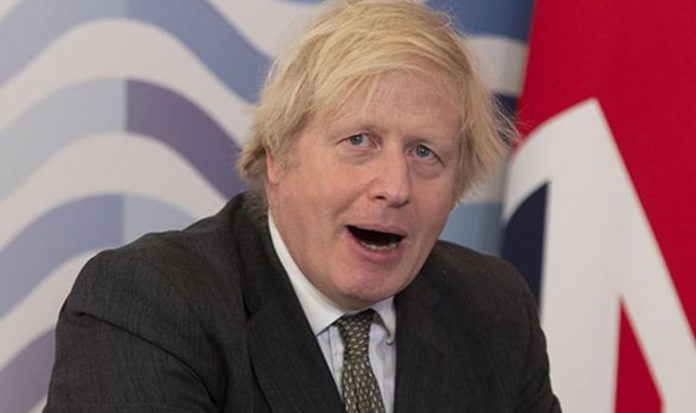 The Prime Minister will unveil the Government’s exit strategy out of the third national lockdown on Monday after nearly two months. Seniors sources have said outdoor mixing between two households will be allowed from April 2, or Good Friday, should cases continue to fall.

Mr Johnson’s coronavirus committee will meet later today to finalise plans for household mixing before being confirmed on Monday.

A senior source said the decisions to allow families to reunite from Easter is a “recognition of how tough these last few weeks and months have been”.

Also proposed by ministers and sources is a reintroduction of the “Rule Of Six” so friends can meet outside, but they added this is not confirmed.

Mr Johnson and ministers will study data on infection rates and the vaccine rollout over the weekend, with decisions still “fluid” on reopening pubs and restaurants.

Schools are expected to reopen in England on March 8, as well as more relaxed rules on outdoor exercise being issued at the same time.

Scotland and Wales will opt for a tiered return for schools, with all children back in the classroom by March 15.

Non-essential businesses and shops are also expected to be allowed to reopen after Easter.

Pubs and restaurants may be allowed to serve customers outdoors from April, but not indoors until May at the earliest.

He said data on infections, deaths and hospitalisations falling was “looking promising at the moment”.

He added to BBC Radio 4: “The trade off we have is between how quickly can we relax and how quickly we can immunise and protect the population.

“And there’s still risks at the moment in relaxing too quickly when we don’t have enough immunity in the population bearing in mind that no vaccine is a panacea, no vaccine will offer perfect protection.”

It also comes after the rate of infection, or R rate, has fallen to its lowest point since May last year at between 0.6 to 0.9.

Yesterday saw another 12,027 cases and 553 deaths within 28 days of a positive coronavirus test.