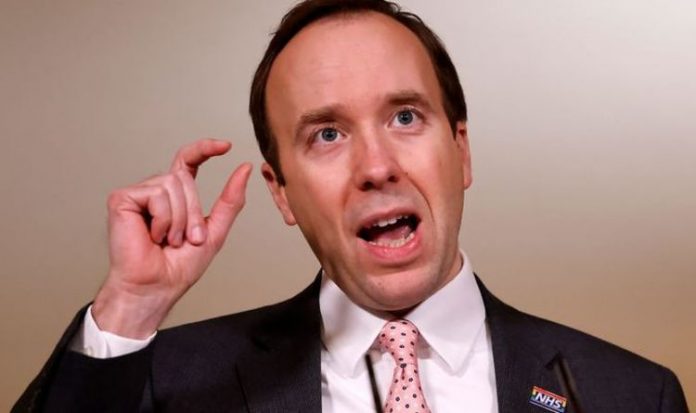 The Government figures predict hospital cases and deaths will decline to October levels. Scientists advising Downing Street made the estimations, revealed by The Times. It also offers optimism about the possibility of schools reopening on March 8 and an easing of restrictions in April.

Concerns remain about the impact of variants on a phased lifting of measures.

On Friday, scientists confirmed that the official R rate is between 0.7 and 0.9 – the first time that it has fallen below one nationwide since July 2020.

The Scientific Advisory Group for Emergencies (Sage) committee has projected the number of coronavirus patients to fall from just below 20,000 to around 9,000 by mid-March.

They believe the number of daily hospital admissions will drop from 1,531 to roughly 500.

The number of deaths will fall from 657 daily to no fewer than 150, The Times report notes.

However, a relaxed easing could spell major fluctuations to the forecasted figures.

The details emerged as Health Secretary Matt Hancock described how Covid-19 could become an illness we can live with like flu by the end of the year.

In an interview with The Daily Telegraph, he expressed hope that new drugs being created this year could make it a treatable disease.

READ MORE: When will pubs reopen? ‘Sipping pints in the spring’

Mr Johnson appealed to anyone within those groups who has not had a jab to come forward as the Government nears its target of inoculating 15 million by February 15.

He told a Wednesday press briefing: “Now is the moment to do it, wherever you are – you won’t be more than about 10 miles away from a vaccination centre.

“So, go online, or get someone to help you or simply pick up the phone and call 119.”