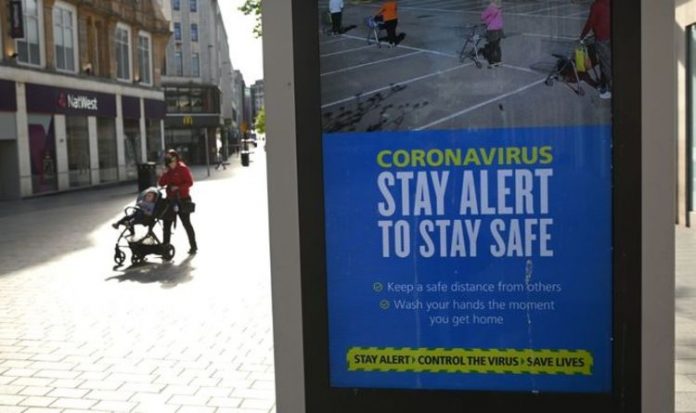 Fears are growing as the date for tier change announcements approaches, with areas of higher prevalence expecting to be shunted into Tier 3. The allocating of the tier system is reviewed every 14 days, with the next review due on December 16.

Currently, 99 percent of England’s population is under Tier 2 or 3 restrictions, putting heavy restrictions on some 55 million people.

Even with a vaccine now being distributed among the most vulnerable in society, measures are expected to stay in place for the coming months as the mass immunization programme is rolled out.

It follows on from the month-long lockdown imposed in England throughout November.

Which areas have an increased prevalence of coronavirus?

According to the data compiled by the COVID Symptom Study, compiled by Zoe, no area in the country has an overtly increased prevalence of coronavirus cases and will risk being moved into Tier 3.

The data, which compiles the previous 7 days’ average prevalence rates for the English tier regions, shows no areas have risen based on last week’s data.

However, this is contradicted by reports that London could face going into Tier 3 if infection rates don’t drop before the deadline.

The latest data from Public Health England shows that cases have increased in 24 of London’s 32 boroughs.

The COVID Symptom Study report shows London has a combined rate of 569 cases per 100,000 population.

Most of these areas are in Tier 3, however London, Essex, Thurrock and Southend on Sea are in Tier 2.

Coming close behind is Gloucestershire, currently in Tier 2 but with 423 per 100,000, Warrington and Cheshire with 462 and Somerset and Bath and North East Somerset with 419.

A decision on whether these areas will move to Tier 3 is due next Wednesday, December 16.

Elsewhere, across the country, PHE data shows coronavirus case rates remained at a similar, more steady level for the week ending December 6 to in comparison to the week before.

But areas with the highest number of cases are not expected to be moved down into Tier 2.

Parts of the north east and south Yorkshire currently have a high prevalence of the virus compared to other areas, according to the below table compiled by Zoe.

Currently, infections are thought to be highest in the 40-49 age bracket.

Hospital admissions are at the highest in the north east of England, with those aged 85 and over most commonly admitted to hospital across the country.

Commenting on the figures, medical director at Public Health England, Dr Yvonne Doyle, said: “Everyone’s sacrifices over the past few weeks means cases have reduced significantly in many parts of the country.

“However, the decline has started to stall, and overall, infection rates remain high so we must all stay vigilant.”