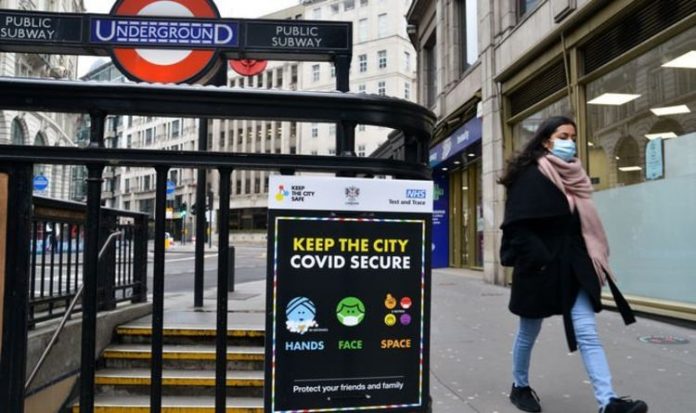 The figures were released as an expert said the peak of infection had passed “a good few days ago”, to be followed by the highest death rate. Some 55,761 daily positive tests were reported from 68,000 last Friday. There were a further 1,280 deaths with more than 37,000 victims in hospital.

The R number, showing the infection rate, remained at 1.1 to 1.3 for all regions except London, where it stood between 0.9-1.2.

However, the rate of growth appeared to be slowing and scientists said areas that had been under tougher restrictions for longer showed “a slight decline in the number of people infected”.

Professor Sir David Spiegelhalter, of Cambridge University, said the highest infections had passed “a good few days ago” and deaths should peak within around 10 days.

He told BBC Radio 4’s The World At One: “They are likely to level off in a week – 10 days maybe – at a peak which is probably going to be bigger than the first wave peak of 1,000-a-day, but then should decline due the reductions in cases that we are seeing and, of course, the vaccine programme.”

But he warned hospital admissions would fall more slowly.

Professor James Naismith, of Oxford University, warned infection rates were still dangerously high. He said: “We have to redouble our efforts on social distancing and hygiene. The virus is far from beaten.”.

However, Cambridge University researchers estimated that the R number was below 1 in the East of England, South-east, West Midlands and Yorkshire and the Humber – with London on the lowest at 0.61.