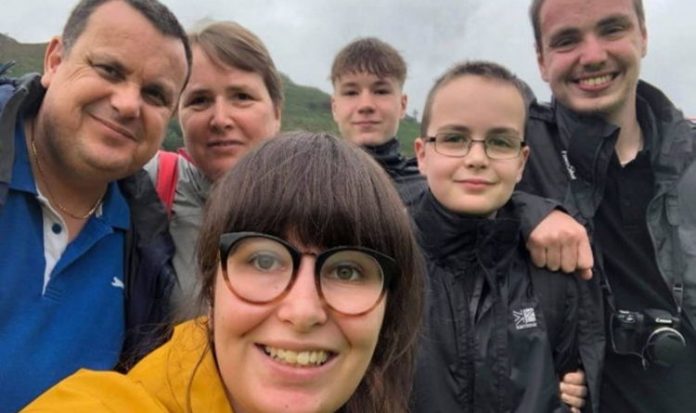 Chris Moore from County Durham tragically died of coronavirus aged 48. He was given his first dose of the Pfizer vaccine on January 2 but tested positive for the virus just two days later. He was taken to hospital on January 10 with severe breathing difficulties and his condition deteriorated. Doctors told his family to prepare for the worst. Sadly, Chris died on February 10.

Friend of the family David Coxon told ChronicleLive: “He was a family person. When we see photos of them as a family and they are always smiling. He was a loving husband and Helen often described him as her soulmate.

“Daniel, Chris’s oldest son, is 18 on February 26. It’s so sad he will have to celebrate it knowing his dad isn’t there celebrating with him, they would normally be celebrating Chris’ 49th birthday on the same day.”

READ MORE:Angela Merkel ‘tired and no longer interested’ in final months of job

Chris worked as an NHS administrator and had been shielding during the pandemic. He returned to work around Christmas and was shortly given the vaccine at the University Hospital of North Durham.

Mr Coxon said: “He went and got vaccinated having not really left the house. Two days after he got the vaccine he had symptoms of coronavirus and by January 10 was taken to hospital with severe breathing difficulties.

“He seemed to make a little bit of a recovery, so they took him out of intensive care and put him on the regular ward for a few days. He relapsed quite quickly and was put on oxygen and ventilation.