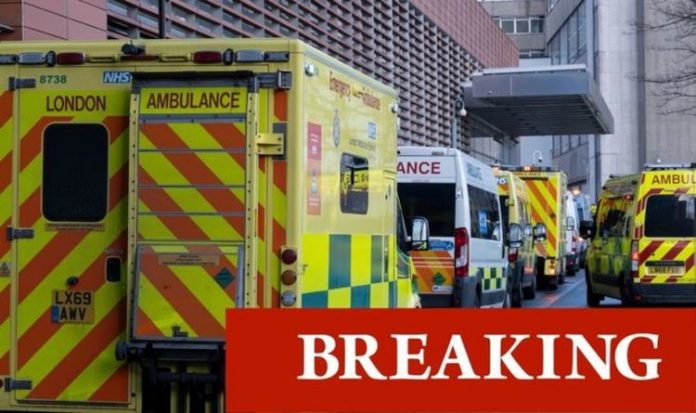 It comes as Downing Street has confirmed all adults aged 50 and over should receive a coronavirus vaccine by May.

Ministers had previously refused to give an exact date, saying only that the aim was to vaccinate the first nine priority groups “by the spring”.

But the Cabinet Office issued a press release on Friday morning stating the plan was to reach the nine groups by May.

It said the rollout of the programme meant that local elections could go ahead in England and Wales that month as planned.

In a chaotic online briefing for political journalists, Downing Street insisted the press release had been issued “in error” before confirming it was correct moments later.

A No 10 spokesman said: “This was issued in error. I believe the Cabinet Office have now withdrawn it.”

When pressed again, the spokesman said: “It isn’t actually being withdrawn.

“We have confirmed today that the elections must go ahead. The Government is supporting that delivery with funding and plans that they take place in a way that is Covid secure.

“The Cabinet Office document is correct.”

The spokesman said Prime Minister Boris Johnson would set out a “precise timeline” when he publishes the Government’s roadmap for lifting lockdown restrictions in England on February 15.

Oxford University researchers say the jab has a similar efficacy against the variant, compared with the original strain of coronavirus.

Fears had been mounting over whether the vaccines currently being administered across the UK would be effective against the strain that emerged after trials had been conducted.

Andrew Pollard, professor of paediatric infection and immunity, and chief investigator on the Oxford vaccine trial, said: “Data from our trials of the ChAdOx1 vaccine in the United Kingdom indicate that the vaccine not only protects against the original pandemic virus, but also protects against the novel variant, B117, which caused the surge in disease from the end of 2020 across the UK.”

The emergence of the mutation, first detected in Kent, was blamed for the increased spread of the virus before the third lockdown was ordered in January.

Earlier on Friday, the Government announced a deal with biopharmaceutical company CureVac to develop vaccines against future coronavirus variants.

Business Secretary Kwasi Kwarteng said the partnership will allow the UK to “swiftly tweak and roll out” existing vaccines to combat new variants.

Almost all vaccines developed through the agreement will be modifications of an existing jab by CureVac, which is undergoing phase three clinical trials.

The Department for Business, Energy and Industrial Strategy (BEIS) said it will allow large-scale manufacturing in the UK to ramp up quickly to ensure new jabs can be rolled out if there is a strain which shows resistance to existing vaccines.