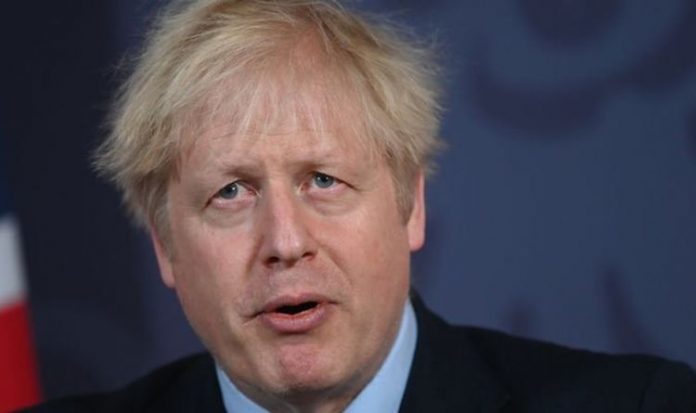 As another six million people faced Tier 4 curbs from today, the Prime Minister tweeted his stick-with-it plea in a Christmas message. He said: “In most years it’s a moment for togetherness and celebration in which the generations are jumbled together in the same household for days on end.And yet this year that is the one type of Christmas we simply cannot afford to have.”

Mr Johnson said this year was “not about presents or turkey or brandy butter” but hope, in the form of Covid vaccines.

He said: “It’s thanks to the efforts of wise men and wise women in the East and elsewhere, we have a vaccine and we know that we are going to succeed in beating coronavirus, and that these privations that we’re going through are temporary and we know that next year really will be better.

Millions spent Christmas Day largely apart, but it did not stop some revellers enjoying themselves on Christmas Eve.

People in festive garb were seen in York city centre, though numbers were definitely down on previous years.

In Liverpool, which recently came out of stricter lockdown measures, revellers were seen out in a bid to enjoy a traditional Christmas.

Families had been looking forward to a five-day relaxation of restrictions to meet relatives and friends indoors.

But a new super-transmissible strain, believed to have originated in Kent, forced Mr Johnson to perform a Christmas U-turn over fears family get-togethers would send infection rates soaring further.

From today, those under Tier 4 rules in England will rise by six million to 24 million – representing 43 per cent of the population.

Scotland and Northern Ireland have already announced fresh lockdowns from today, while Wales’s tough curbs were eased only for Christmas Day.

America has now joined more than 50 countries restricting travel from the UK. From Monday, passengers flying to the US from Britain must provide a negative coronavirus test within 72 hours before departure.

Health chiefs hope rolling out the existing Pfizer BioNTech vaccine and the Oxford version – set to be approved any day – will help end the pandemic and bring back some normality.