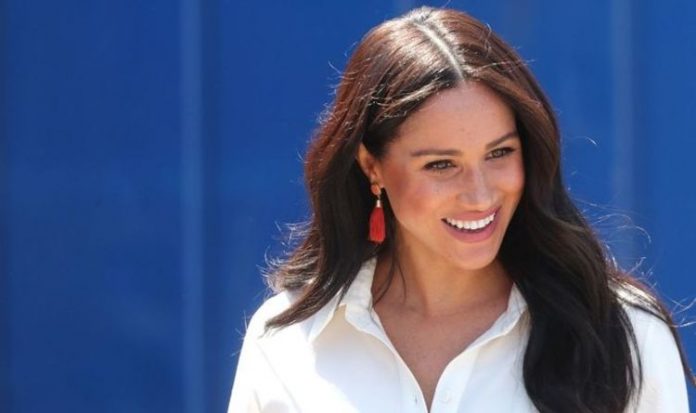 When the Duchess of Sussex was introduced to the world as Harry’s fiancée, she spoke glowingly about her charity work and said she was excited to use her newfound platform in the Firm to create change. She also revealed how she felt excited to be able to “focus even more energy on” the causes close to her heart when she married into the Royal Family.

But royal author and expert Penny Junor has said Meghan may not have fully understood the restraints imposed on royals in their line of duty.

Members of the Royal Family are expected to remain strictly tight-lipped on political matters and when it comes to working with charities, they offer support rather than taking centre-stage themselves.

Ms Junor told Express.co.uk: “I would have thought part of the appeal of marrying Harry might have been having a platform for her activism.

“But I think probably what she found when she arrived inside the Royal Family was that she couldn’t be as active as she wanted to be.

“She couldn’t be as outspoken as she wanted to be.

“The Royal Family doesn’t operate in that way, they don’t use their position in order to make change.

“They use it to highlight issues and support issues but not to actually drive change.

“They are not as powerful as she might have thought they were.”

READ MORE: Meghan Markle was ‘huge hit’ with William thanks to ‘audition’ gift

And she revealed how her involvement in humanitarian work had helped her and Harry bond on their first date in London, and even led to their second date.

Meghan said: “It was one of the things we first connected on.

“It was one of the first things we started talking about when we met – just the different things that we wanted to do in the world and how passionate we were about seeing change.

“I think that’s what got date two in the books.”

It did not take Meghan long to wade into political conversations after bowing out of the Royal Family earlier this year.

In the run-up to the US election in November, she and Harry appeared in a video encouraging Americans to vote – but they stopped short of backing a candidate.

The mother-of-one’s outspokenness fuelled speculation that she was herself considering a career in politics.

Asked if royal fans should expect to see more from Meghan on the political front in the years to come, Ms Junor said: “I think it’s perfectly possible.”

The royal biographer added: “She has no restraints anymore. As a member of the Royal Family, you couldn’t possibly do that but they’re not anymore.

“But in terms of her running herself, you’d need a shed load of money.”