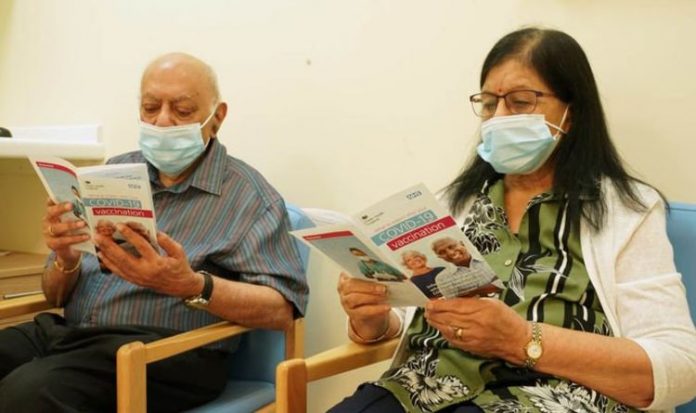 The couple, who celebrate their 63rd wedding anniversary today, say they have had no side-effects following Tuesday’s injection. Retired academic Hari, 87, and Ranjan, 84, were at the front of the queue at Newcastle’s Royal Victoria.

Hari said: “Neither of us have had any reactions or side-effects, we can’t even tell we’ve had anything – it’s all been marvellous. It’s my duty now to help tell everyone to get the vaccine as soon as it is offered to them. I can say with confidence just do it.

“My phone hasn’t stopped ringing this week with people asking questions, and so many are expressing concern over something crazy they have been told or read online.

“I’m telling them all that so much effort has been put into this by our amazing scientists and NHS staff, and we can have complete confidence that it is safe and will work.

“We are so lucky in this country to have this opportunity first.”

Hari and Ranjan can’t wait to see their four children and nine grandchildren in the new year.

The couple’s second jab is on January 5, meaning they should have full immunity by January 12.

Meanwhile Martin Kenyon, who found global fame when he was interviewed by CNN about his jab, said he had “aches and pains” from being 91 but none from the vaccine.

Martin, of Stockwell, south London, said: “It’s a very boring story, there’s nothing to report. I looked at the paper they gave me and it lists various ways it might have affected me. I’ve had absolutely no effects, absolutely nothing.”