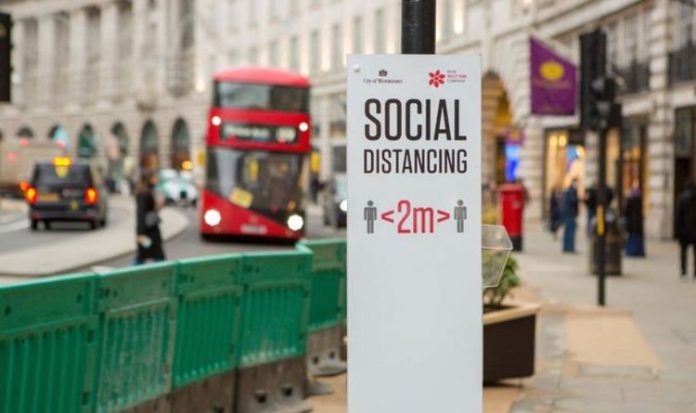 Virus cases have fallen nationally with an estimated 481,500 in the week to December 5 – down from 521,300 the previous week,The Office for National Statistics’ infection survey found. But experts warned the percentage of people testing positive had increased in the capital and there were early signs of an uptick in the east. London could fall into Tier 3 when a review takes place next week, with cases spiking in youngsters aged 10 to 18.

The worrying trend has prompted the Government to launch a mass testing programme for schools in northeast London, Essex and Kent.

Dr Simon Clarke, associate professor of cellular microbiology at the University of Reading, said the data suggested the drop in infections triggered by England’s second lockdown was slowing or levelling out.

He said: “Two weeks after lockdown was lifted, it is disappointing that infection numbers are not decreasing everywhere, but it is perhaps unsurprising given the time of year.

“Decision makers and the public may wish to reflect on how they handle the festive period.”

Symptom Study app, also showed cases may be starting to rise again in the capital.

However, lead scientist Professor Tim Spector said he would be “very cautious about plunging all nine million people into further restrictions, with such big differences across the capital”. He added: “Key parameters in changing tiers is the rates in the over 60s and the percentage of hospital beds occupied by Covid patients.

“We have no data that suggests that the NHS in England is at risk of being overwhelmed.

“Before increasing restrictions I believe a full cost-benefit evaluation should be made, that accounts for other factors such as mental health, the economy and employment.”

Government scientists have also slightly increased their estimate for the R number, from 0.8-1.0 last week to 0.9-1.0 yesterday.

The figure represents how many people one infected person passes the virus to. If it is above 1, the outbreak is growing.

The Scientific Advisory Group for Emergencies said it was confident the epidemic was shrinking in the North-west, the North-east and Yorkshire.

However, it was not confident that R was below 1 in the East of England, London or the South East. Those areas all had regional estimates of 0.9-1.1.

The Government will today announce the first 67 local authorities in Tier 3 areas that will benefit from extra support to launch enhanced community testing programmes.

More than 1.6 million rapid tests will be deployed in December, with more to follow, in a bid to put more places on a route out of the toughest restrictions.

They will help catch the one in three people thought to have no symptoms when infected with Covid-19.

Areas that will benefit include Oldham, where testing will focus on people in supported living settings, health and social care staff, schools and colleges.

Lancashire plans to start testing with large manufacturing sites, and businesses with workforces greater than 200, as well as more vulnerable groups.

Meanwhile, the self-isolation period for contacts of a positive coronavirus case will be cut from 14 days to 10 days.

The change already applies in Wales and will take effect in England, Scotland and Northern Ireland from Monday.

READ  Changes to the law in Northern Ireland: updated information