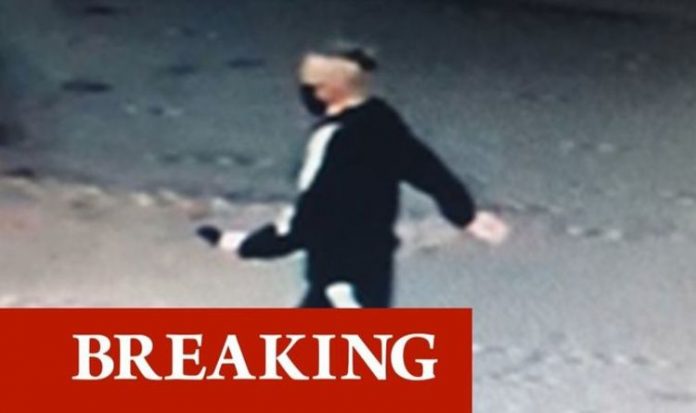 The victim let him into her home in Surbiton, southwest London, on December 30 after he claimed he was from the NHS.

She said she was jabbed in the arm with a “dart-like implement” before being told to pay £160 which she was told would be refunded.

It is not known what the woman was injected with.

However she showed no ill effects after being checked at her local hospital.

Detective Inspector Kevin Ives said: “This is a disgusting and totally unacceptable assault on a member of the public which won’t be tolerated.

“We are appealing to anyone who may have information that could assist us in identifying this man to get in touch.

“It is crucial we catch him as soon as possible as not only is he defrauding individuals of money, he may endanger people’s lives.”

CCTV images released by the force show the suspect dressed in a tracksuit and trainers.

The images were from January 7 when the suspect made a second visit to the woman’s home asking for another £100.

He is described as a wjite

As of January 7, it had received 57 reports in relation to the coronavirus vaccine.

Pauline Smith, head of Action Fraud, said: “The vaccine is a crucial tool in fighting the coronavirus and keeping people safe.

“Thankfully, the number of reports into Action Fraud are relatively low but we have seen an increase in the last two months, particularly around scam text messages.

“Remember, the vaccine is only available on the NHS and is free of charge.

“The NHS will never ask you for details about your bank account or to pay for the vaccine.

“If you receive an email, text message or phone call purporting to be from the NHS and you are asked to provide financial details, this is a scam.”

This is a breaking news story, more to follow…