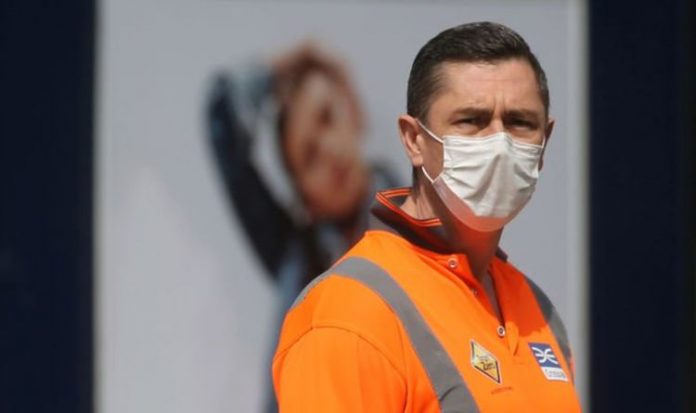 Andy Byford, the London transport commissioner, has written to Bernadette Kelly, permanent secretary at the Department for Transport (DfT), this week, calling for £80million of urgent support to keep the £19billion project on track, it has emerged. The huge underground rail network for London and the south east has been marred with set backs and various opening dates – none of which have been met.

He wrote: “If agreement is not reached this week, we will have no option but to mothball the project and to seek alternative governance for its eventual completion.

“I sincerely hope that we can avoid such a Doomsday scenario,” according to Sky News.

. The huge underground rail network for London and the south east has been marred with set backs (Image: PA)

The letter reportedly read: “We therefore do not have the financial headroom to provide additional funding unless the government provides funding certainty now by agreeing to the heads of terms we have submitted to you.

“These heads of terms include the majority of Crossrail’s funding deficit being covered by borrowing from the GLA, which is, in our view, an extremely good deal for the government given the wider financial impacts of current circumstances and ensures that London continues to pay for the majority of the additional funding required.”

Crossrail has been beset with delays after it was originally due to open in December 2018.

Crossrail has been beset by delays (Image: PA)

Transport for London said the temporary pause in construction due to COVID-19 had only partially contributed to delays, which have so far made the project three years late for opening.

The giant infrastructure scheme had been planned to cost £14.8bn, with services across the heart of London to start operating in December 2018, but the problems in its delivery were formally admitted only months before the planned opening by the Queen was due to take place.

The Crossrail board said the central section between Paddington and Abbey Wood will be ready to open in “the first half of 2022.”

Latest budget estimates show that the cost to complete the project could be up to £1.1bn above the agreed finance package taking the total beyond £19bn (Image: PA)

The Crossrail board said the central section between Paddington and Abbey Wood will be ready to open in “the first half of 2022 (Image: PA)

Once completed, the network is designed to carry up to 200 million passengers a year, with 13 miles of tunnel and track built between Paddington and Abbey Wood in east London.

Latest budget estimates show that the cost to complete the project could be up to £1.1bn above the agreed finance package taking the total beyond £19bn.

The new cost is £4billion more than originally planned for the mass transport project.

In a previous statement, Crossrail said it will need an extra £1.1 billion on top of the £2.15 billion package agreed with TfL in December 2018.

That is at least an extra £450 million more than estimates of extra financing that were drawn up in November last year.

Work on the Elizabeth Line was brought to a standstill on March 24, the morning after the Prime Minister announced the national coronavirus lockdown.

Mark Wild, Chief Executive, Crossrail Ltd, said: “Our focus remains on opening the Elizabeth line as soon as possible. Now more than ever Londoners are relying on the capacity and connectivity that the Elizabeth line will bring, and we are doing everything possible to deliver the railway as safely and quickly as we can.

“We have a comprehensive plan to complete the railway and we are striving to commence intensive operational testing for the Elizabeth line, known as Trial Running, at the earliest opportunity.”