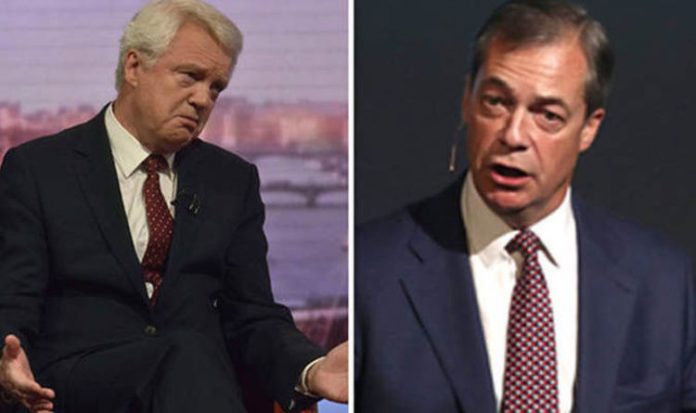 They will be joined by veteran Labour MP Kate Hoey.

The trio will demand Theresa May ditches her “soft” Chequers plan, which critics believe will turn Britain into an “EU colony”.

Instead, they will call for the Government to push for a free trade deal, which Mr Davis planned before he was forced to resign over the Chequers plan – secretly drawn up by civil servants.

Speaking ahead of the event, Mr Davis said: “I am joining the rally in Bolton as a matter of principle – to ensure Brexit is delivered and democracy upheld.”

The rally is the first of a series, with a major gathering planned for Birmingham on September 30 at the Conservative Party Conference, followed by further rallies in Torquay, Gateshead, Bournemouth and Harrogate during October.

Campaigners will also be distributing pro-Brexit leaflets across the country.