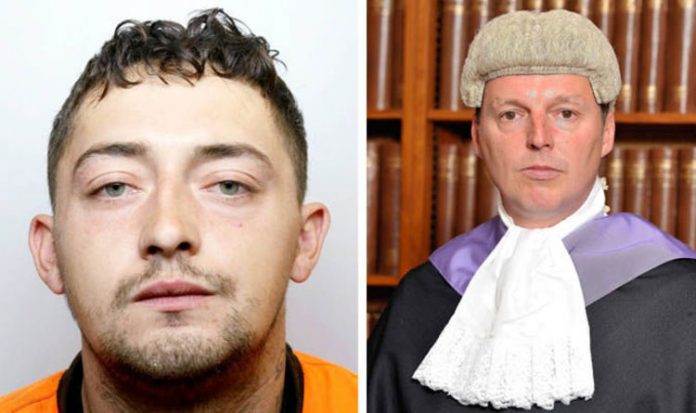 Only last night was he finally behind bars, starting a life jail sentence.

The case prompted a furious judge to launch a stinging attack against police and prosecutors saying their decision to repeatedly allow Hartley to roam free was “beyond him”.

The father of two was twice matched to attacks through his DNA and one violent assault was captured on high quality CCTV after he got a “taste” for rape in 2014.

Yet despite having him repeatedly in their sights it was only in 2017 after he had attacked four women that West Yorkshire Police realised the true danger Hartley posed and charged him with four counts of rape.

Shockingly he was then granted police bail while awaiting a court hearing date.

When he breached the conditions of his freedom he was hauled before magistrates, yet after a brief hearing they too chose to hand him bail.

Days later, on July 1 last year, tree surgeon Hartley sexually assaulted a young woman at whose home he was working hedge cutting, as she desperately clung to her three-year-old daughter.

During the attack the child told Hartley “he was not to kiss her mummy…only daddy can do that”. Hartley first struck on February 6, 2014 when he raped a victim despite her frantic screams.

He was later arrested but after a DNA sample proved a match Hartley claimed it had been consensual sex.

The attack was caught on CCTV and he was quickly traced and arrested, but after questioning was released again.

Hartley has now pleaded guilty to two rapes and to sexual assault.

Two other charges of rape were left to remain on file.

“I have no idea why the police didn’t charge him at any stage for any of the offences.”

Judge Batty told Hartley: “You are a sexual predator and a highly dangerous man.”

His life term means he will serve a minimum sentence of six years and 117 days.

The court heard all the women he attacked have been left mentally scarred.

One said in a victim statement she was now a recluse whose “life has been ruined”.

Another said she had developed severe anxiety problems.

And a third victim said she was left “struggling to sleep”, required counselling and was constantly reminded of the incident in “flashbacks”.

Hartley had blamed her for the attack, leaving her with feelings of guilt.

In a statement West Yorkshire Police assistant chief constable Tim Kingsman said: “It is clearly regrettable that he was on the streets for so long and we wish to express our sympathy to the victims.”