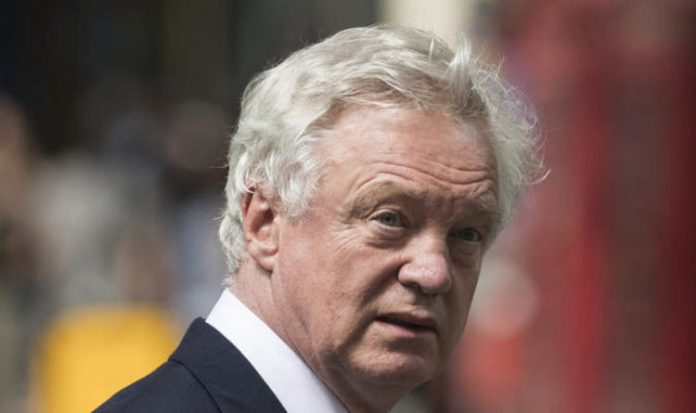 Describing it as a “reserve parachute”, Mr Davis said: “What we do is take all of the deals that the European Union has struck with Canada, South Korea, South Africa, Switzerland, New Zealand and composite the best bits.

“From both sides, by the way, not just our side.”

The plan comes after EU chief Brexit negotiator Michel Barnier effectively killed off a key element of Mrs May’s plan, saying Brussels “cannot and will not” let the UK collect duties on its behalf.

He said: “These are free trade deals the EU has done with Canada etc for nothing, while we have got £39billion on the table in our so-called divorce bill.

Wouldn’t it be amazing if the Government had to adopt the David Davis plan he was forced to resign over?”