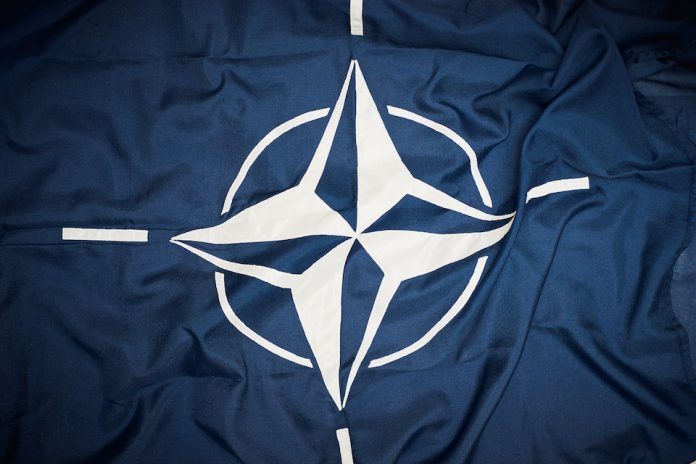 Defence Secretary Ben Wallace and his counterparts held discussions on fairer burden-sharing across the alliance, strengthening NATO’s deterrence and defence posture and the NATO missions in Iraq and Afghanistan.

The two-day meeting also provided the Defence Secretary with the opportunity to update Allies on various aspects of the UK’s continued commitment and offering to NATO.

Recent weeks have seen the UK’s Carrier Strike Group, featuring vessels from the USA and the Netherlands, assemble for the first time and contribute to the UK-led NATO exercise Joint Warrior in the North Sea.

The UK’s leading role in NATO and our reputation as a trusted ally of choice is one of the foundations upon which our status as a global military power is built.

I was pleased to update my counterparts on one of the latest examples of our leadership; the success of the new UK Carrier Strike Group, which sailed for the first time as part of a 6,000-person, 28-ship-strong major NATO exercise in the UK earlier this month.

Defence Secretary Ben Wallace underlined to Allies that the UK remained committed to playing a leading role in the Alliance, to staying above the 2% GDP commitment and increasing UK defence spending in real terms each year, and to supporting its ongoing adaptation to better face the threats of tomorrow.

Mr Wallace welcomed NATO’s ongoing adaptation across new domains, including the announcement of the establishment of a NATO Space Centre at Allied Air Command in Rammstein, Germany. This follows the agreement made at last year’s London Leaders’ Meeting in which space was declared a new domain of operations.

Despite the financial pressures caused by the Covid-19 pandemic, NATO is expected in 2020 to benefit from a sixth consecutive year of increased defence spending by European Allies and Canada. The Defence Secretary joined NATO Secretary General Jens Stoltenberg in calling for Allies to maintain this positive momentum.

The Defence Ministerial also provided the Defence Secretary with the opportunity to consult with his counterparts on the NATO-led Resolute Support Mission in Afghanistan, to which the UK contributes 750 people, and to agree on next steps for the non-combat NATO Mission Iraq. The Defence Secretary encouraged further engagement between Allies to recognise security concerns in Iraq while ensuring NATO’s training mission has a sustainable and long-term future.

Along with other ministers, Mr. Wallace marked the twentieth anniversary of the historic United Nations Security Council Resolution (UNSCR) 1325 on Women, Peace, and Security (WPS), taking stock of progress made so far and what more needs to be done to ensure the success of the WPS agenda. UNSCR 1325 affirmed that security efforts are better placed when womens’ perspectives and contributions are included.