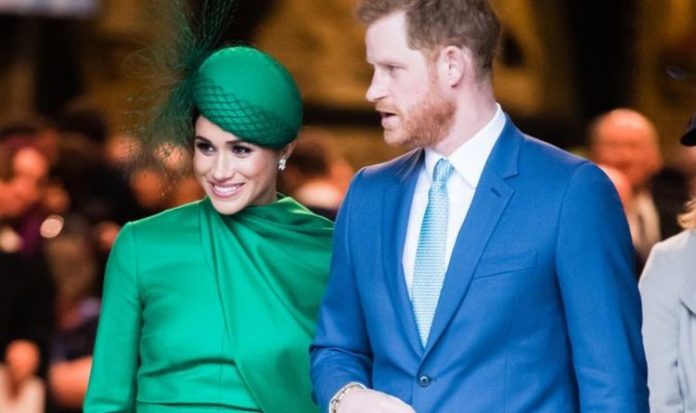 Robert Lacey told the Royally Obsessed podcast that the Duke of Sussex and the Duke of Cambridge started life as co-stars. However, he stated that as the brothers got older Prince Harry was seen as the spare member of the monarchy as Prince William is the heir to the throne.

Referring to Mr Lacey’s latest royal biography, Royally Obsessed host Rachel Bowie said: “One of the main talking points of the book is the heir and spare dynamic that you elaborate on.

“Do you feel like Prince Harry ever really had a chance?”

Mr Lacey replied: “Looking back one of the side aspects of this story is how Harry fell into the same trap as the spares before him.

“There is in Britain the tradition of the heir and the spare.

“To start with in life they are co-stars, both of them idolised by the nation and the world.

“As early as I say in their childhoods, they became aware of it.

“That is interestingly why we understand that perhaps to the present-day Prince William does not want his eldest son George to know about his future destiny.

“William felt he was told his destiny too casually and that it robbed him in a way of his childhood.”

He continued: “By their teens, Harry is coming to resent this typecasting.

“The fact that Prince William is the king of the castle, while Harry is seen as a dirty rascal, that he gets the blame for everything.”