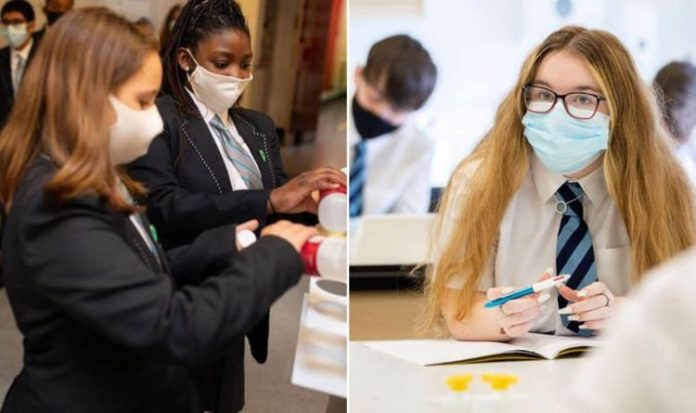 Jonathan Gullis, a former teacher who won the Stoke-on-Trent North seat at last year’s general election, said the closure of school in the spring had a disproportionate impact on youngsters from less well-off households. In a report for the policy think tank Onward, the backbencher issues a plea for extra classroom time next summer to try to reduce the long-term impact of their time away from school forced by the pandemic. He proposes that the Government should extend term time by a week either side of the summer break.

Mr Gullis also says the recent row over the supplying schools meals during holidays has highlighted the need for a long-term solution to the problems of child poverty and educational disadvantage.

“One way in which we can help working families is to reduce long holidays, which costs families money and pupils classroom time that both can ill afford.

“As a teacher, I saw first hand the impact of long school holidays on disadvantaged pupils and their families. Moving to a shorter summer holiday would transform their prospects, which have been badly hurt by the pandemic,” the MP said.

His report highlights the strain placed on less well-off working families during the long holidays.

Figures in the report show the average cost of holiday childcare in the UK is £133 per week.

Between 2003 and 2015, nursery costs increased by 77% while earnings have remained roughly the same.

Evidence from charities suggests that food bank use accelerates significantly among families during the long summer holidays as they struggle to feed their children every day, the report said.

The same survey also found that roughly 20% of Free School Meals pupils had no access to a computer at home, compared to 7% for other students.

The UK currently has shorter school holidays than many other countries.

Of the 36 nations listed in the Organisation for Economic Cooperation and Development most recent Education at a glance report. nine have shorter school holidays than England or Scotland, including Denmark (10.6 weeks), Mexico (10 weeks), Germany (10 weeks), and Switzerland (9 weeks).