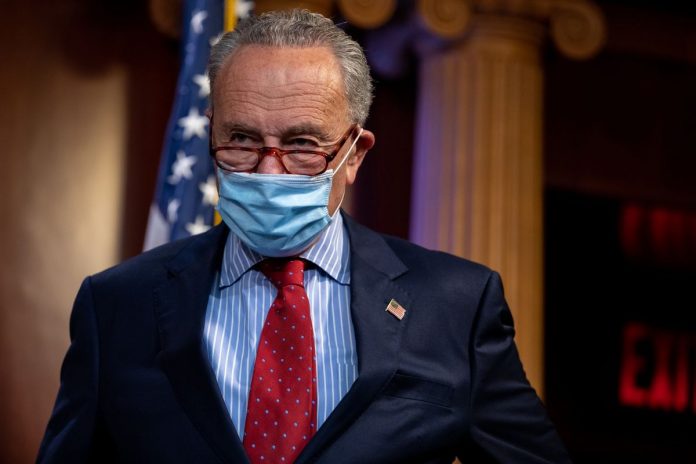 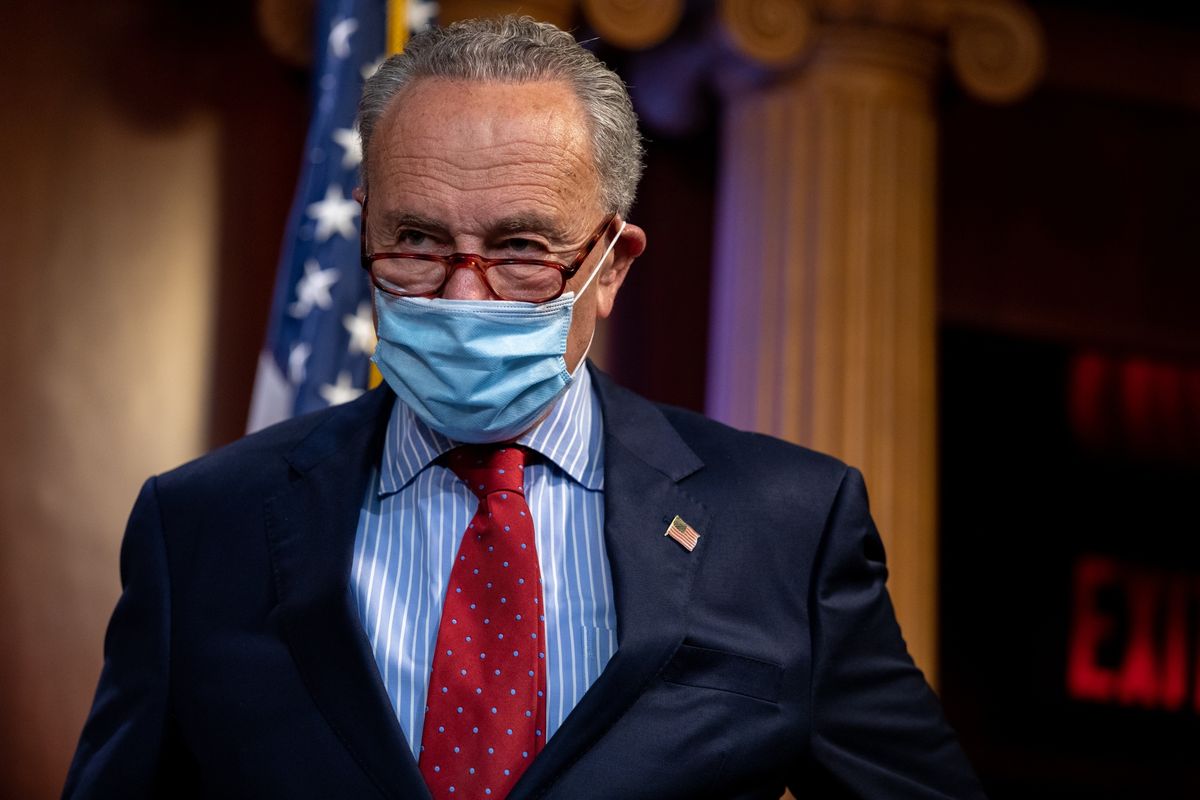 Democrats are demanding more concessions from the White House if the two sides are going to meet their goal of striking a deal on new pandemic relief by the end of the week, throwing the timeline in question.

“While we have started to generate some forward momentum, we need our partners in the White House to go much further on a number of issues,” Senate Democratic leader Chuck Schumer said Wednesday.

Republicans put the blame on Democrats, saying they have refused to budge from their positions. Senate Majority Leader Mitch McConnell said Wednesday that they “continue to push their $3 trillion-dollar wish-list that even their own Democratic colleagues brushed off as absurd.”

White House Chief of Staff Mark Meadows said after Tuesday’s meeting with Schumer and House Speaker Nancy Pelosi that the administration’s concessions were “far more substantial” that those made by Democrats.

The White House has offered $400 per week in supplemental unemployment benefits through Dec. 14, which the Democrats have rejected since they are insisting on $600 per week, according to people familiar with the details. Treasury Secretary Steven Mnuchin and Meadows also put $200 billion in state and local aid — including $105 billion in education money — on the table, still far less than the $1 trillion Democrats were seeking. The White House also agreed on extending a moratorium on evictions through mid-December.

In response, Democrats have said they can accept $10 billion in postal service aid in one year instead of the $25 billion over three that was in the legislation passed by the House in May, according to a person familiar with their offer. Pelosi and Schumer are scheduled to meet Wednesday with Postmaster General Louis Dejoy on U.S. Postal Service funding needs.

After more than a week of negotiations with Mnuchin Mnuchin and Meadows, Schumer and Pelosi said they still have significant differences to bridge, including aid for renters and the enhanced unemployment benefit that was in the last stimulus bill but now has expired, he said.

”We still have a distance apart in terms of state and local” Pelosi said Wednesday on MSNBC. “I am confident we will have an agreement. The timing of it, I can’t say.”

Schumer and Pelosi are scheduled to meet again Wednesday with the two Trump administration officials. Democrats are sensing some advantage in the negotiations with the unemployment aid and other earlier stimulus measures running dry, the November election 90 days away and Republicans bickering over additional aid spending on top of the almost $3 trillion Congress previously approved.

Some lawmakers are skeptical that legislation can be produced and voted on by next week given the differences that remain. But there may be added urgency to get something done with signs indicating the economy is being weighed down by the pandemic. ADP Research Institute data released Wednesday showed payroll gains at U.S. companies slowed sharply in July, suggesting the pickup in coronavirus cases is putting brakes on the job market.

Senator John Thune of South Dakota, the No. 2 Republican leader, said that if no deal is reached by the end of the week, senators likely will be sent home while negotiators continue their work. They would be called back if there is something to later vote upon.

“If anything breaks, we would give people plenty of advance notice so they could get back,” Thune said.

The House is on a break now, but members have been told they would be called back with 24 hours notice to vote on any virus relief legislation.