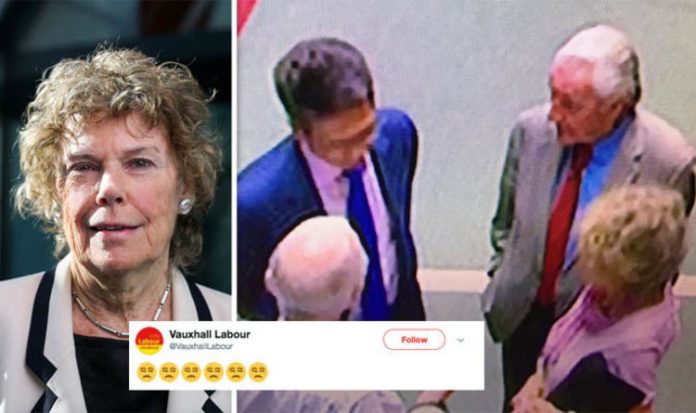 The MP for Vauxhall is one of three Labour MP’s to vote with their Tory opponents on an amendment that only passed by three votes.

Ms Hoey, Frank Field and Graham Stringer voted on an amendment that will ensure the UK is out of the EU’s VAT regime.

@devecs tweeted: “You know what to do. She’s actively harming her constituents’ interests, supporting the extreme right, and ignoring all the credible evidence which points to a hard Brexit being a disaster of epic proportions.

“There comes a time when a failure to act becomes complicity.”

@AllanR added: “Why do you support someone who takes money from Aaron Banks, doesn’t represent her voters and is betraying this country to a right wing coup?”

@OldBlokeUK said this is “seriously wrong”.

He tweeted: “How on earth can Hoey be allowed to continue under the @UKLabour banner. There is something seriously wrong in all of this.”

Others called for the be deselected.

@TiggerTheresa tweeted: “WHY. HAVEN’T. YOU. DESELECTED. HER?”

@PaulOnBooks said: “She has to go.”

@cygnetstar16 tweeted: “Why wasn’t she de-selected before the last election? I know it was mooted then – and if there’d been a Labour MP who actually represented & acted on behalf of Vauxhall on Brexit, that could have made a real difference.”

It is unclear if the Labour MPs will back the Tory rebels in tonight’s vote on an amendment to the Trade Bill.

Express.co.uk has contacted Vauxhall Labour and the national Labour Party offices for a comment.