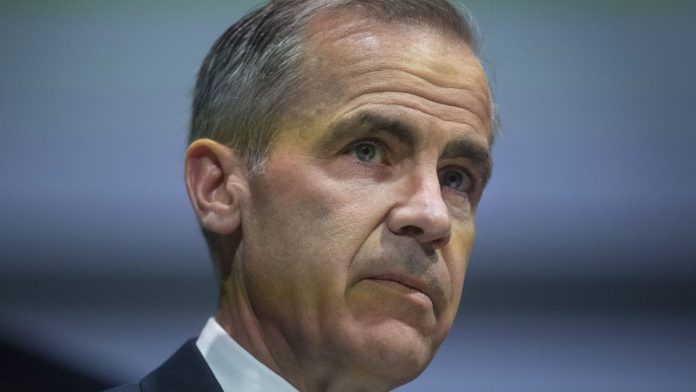 Mark Carney has warned of “big” consequences for the economy under a “no deal” Brexit scenario, saying people in the UK will be worse off.

The governor of the Bank of England made his remarks while giving evidence to a committee of MPs at the Farnborough International Airshow – the first outing outside Westminster for a Treasury committee hearing.

However, a live broadcast of the session on YouTube, rather than the usual parliament stream, was dogged by technical difficulties and eventually scrapped.

Mr Carney, and colleagues on the Bank’s financial policy committee, were being questioned about its recent financial stability report, which hit out at the EU’s Brexit preparations.

The governor told the MPs that it was too early to make a judgement on the evolving Chequers blueprint for Brexit announced by the government earlier this month.

But Mr Carney said the public would be worse off if the UK were to leave the EU without a trade deal and operate under World Trade Organisation rules.

He added that a no deal Brexit would be a “material event” for interest rates – having previously signalled in May that the Bank was ready to lower rates and print more money if needed.

Mr Carney told the committee on Tuesday: “Our job is to make sure we are prepared as possible.”

His latest comments risk reigniting anger among Brexiteers, who have accused him in the past of exceeding his remit through remarks on Brexit.

The governor faced the biggest backlash from Leave campaigners ahead of the vote in June 2016 when he warned of the potential for a Brexit victory sparking recession.