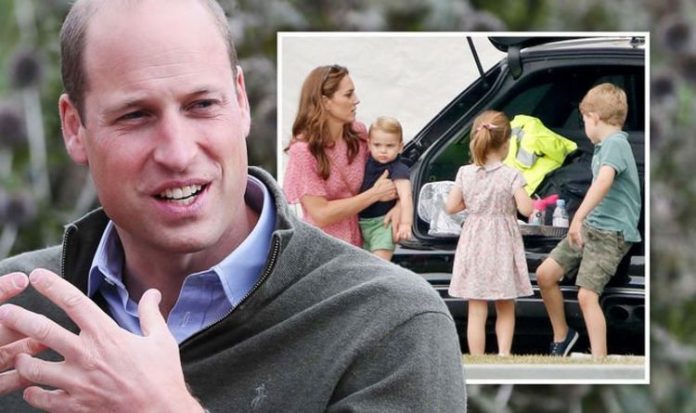 Royal fans have been shocked to discover that future king Prince William, 38, tested positive for coronavirus COVID-19 in April but kept his diagnosis a secret. The second in line to throne tested positive for the illness just days after his father Prince Charles, 73, but kept it quiet because he “didn’t want to worry anyone”, a source claimed.

William went into self-isolation at Anmer Hall where he had relocated from London with wife Kate, Duchess of Cambridge and their children Prince George, seven, Princess Charlotte, five, and Prince Louis, two, in March.

Did Kate Middleton, Prince George, Princess Charlotte and Prince Louise have COVID-19 too?

Following the revelation of William’s coronavirus battle, Kensington Palace confirmed that neither his wife Kate, nor their children – George, Charlotte and Louis, tested positive for COVID-19.

Daily Mail royal correspondent Rebecca English tweeted on Monday: “KP have belatedly confirmed that Prince William did have coronavirus in April – Kate and the children did not.”

The tweet added: “Valid questions as to why this was kept secret, although KP say he didn’t want to alarm people after his father’s diagnosis.”

Prince William received treatment from Palace doctors and quarantined at home for the recommended time.

Where will Kate, William and the children spend the second lockdown?

William and Kate spent the first lockdown with their children at Anmer Hall in Norfolk.

The stunning Georgian manor is said to be where Kate feels most at home and has ample outdoor space for the children to play in.

While the Cambridges might prefer to spend lockdown out of London, George and Charlotte’s school Thomas’s Battersea is expected to remain open.

This could mean the family remains in the capital so that George and Charlotte don’t miss school.