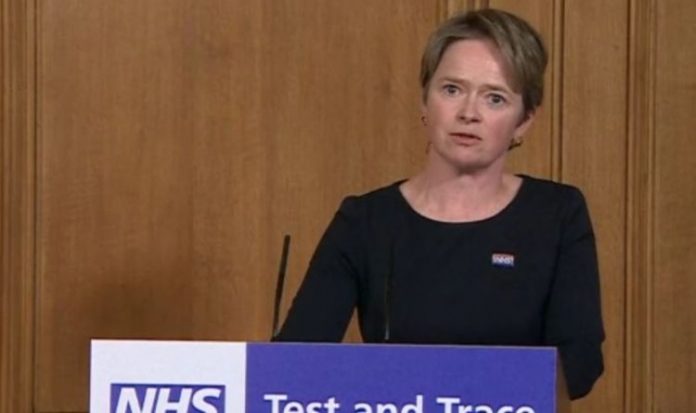 Baroness Dido Harding has been made the head of the new National Institute for Health Protection and lead the search for a permanent successor. Officials confirmed the Conservative peer and former telecoms chief executive, who was appointed by the Government earlier this year to head its efforts to identify and isolate those infected with virus and their close contacts, will be appointed as its chair, with an announcement made today.

Health Secretary Matt Hancock said Baroness Harding had “excellent experience” outside government and had previously worked for the NHS so “her leadership will be vital in driving this forward”.

Her appointment has drawn criticism, with one MP saying it was a “reward for failure”.

Baroness Harding has been leading the Government’s Test and Trace programme, which is meant to track down people who have tested positive for coronavirus and their close contacts.

But it’s been pretty shambolic since then – with constant questions raised about its efficacy, with some local authorities abandoning the system and setting up their own in areas where coronavirus has come back the hardest.

An accompanying NHS app has been beset by delays, with a new public trial launched only a few days ago – which the health secretary said would be launched in May.

They attended Oxford University together, where she studied PPE.

Her husband is Conservative MP John Penrose, a board member of the think tank 1828 – which has called for the NHS to be replaced by an insurance system and conveniently for Public Health England to be scrapped.

Public Health England is a body that exists to protect and improve the nation’s health and wellbeing, and reduce health inequalities.

It is an executive agency of the Department of Health and Social Care but has operational autonomy and its own chief executive, Duncan Selbie.

The body provides government, local government, the NHS, parliament, industry and the public with evidence-based professional, scientific expertise and support.

A merger of PHE with NHS Test and Trace has been announced – to form a new body called the National Institute for Health Protection.

It will be modelled on Germany’s Robert Koch Institute, which used an independent agency to take control of the country’s response to the pandemic.

A Department of Health and Social Care spokesperson said: “Public Health England have played an integral role in our national response to this unprecedented global pandemic.

“We have always been clear that we must learn the right lessons from this crisis to ensure that we are in the strongest possible position, both as we continue to deal with COVID-19 and to respond to any future public health threat.”