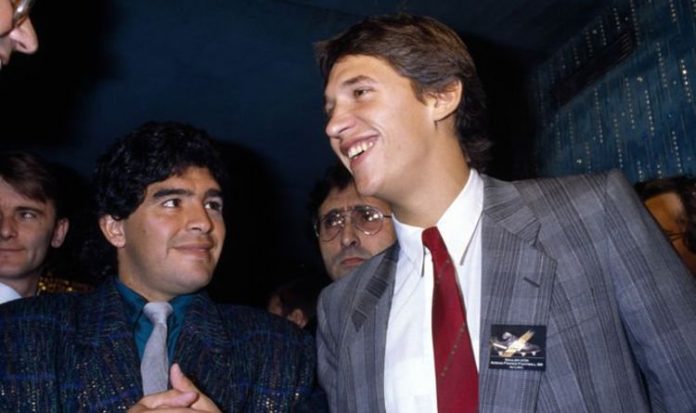 The football icon passed away at the age of 60 after suffering a cardiorespiratroy arrest today. He underwent surgery earlier this month to remove a blood clot from his brain.

Two weeks ago he was released from a clinic in Buenos Aires but sadly passed away it has been confirmed.

Tributes have been pouring in for the Argentine legend who led his country to World Cup glory in 1986 as captain.

“By some distance the best player of my generation and arguably the greatest of all time.

“After a blessed but troubled life, hopefully he’ll finally find some comfort in the hands of God. #RipDiego.”

But despite his successful career, he became addicted to cocaine during his seven years in Naples.

Maradona was hit with a 15-moth suspension for drug violations in 1991, the same year he left Napoli and three years later he was thrown out of the World Cup in the US after testing positive for ephedrine.

His life spiralled out of control and in 2000 and 2004, the football legend was hospitalised for heart problems.

For the second time he required the use of a respirator to breathe properly.

He also suffered from obesity and underwent gastric-bypass surgery in 2005.