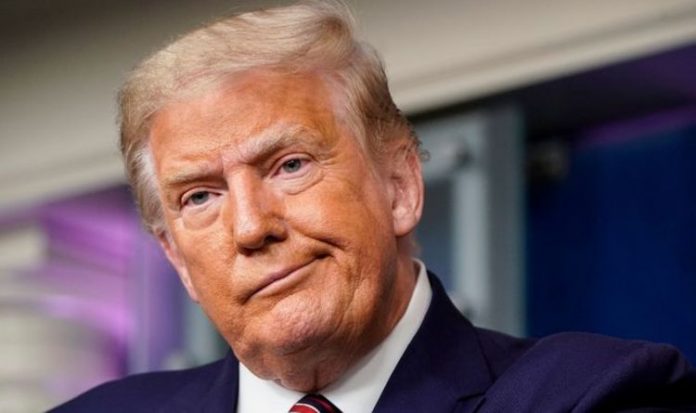 Scottish brewery BrewDog has launched a petition to change the name of Glasgow Prestwick Airport. Mr Trump, who often transits the airport when he travels to Scotland, owns the Trump Turnberry golf course and Trump International Golf Links Aberdeen.

The outgoing President is set to fly to Florida ahead of Mr Biden’s inauguration today.

However, the brewing company claimed in its petition that Mr Trump was set to travel to Scotland at the end of the week.

The request read: “Donald Trump is scheduled to arrive in Scotland later this week.

“We believe this airport should be renamed ‘Joe Biden International.'”

The petition gathered more than 4,500 signatures and had a set target of 5,000 signatures.

The SNP leader explained that overseas travellers will only be allowed in Scotland for essential purposes.