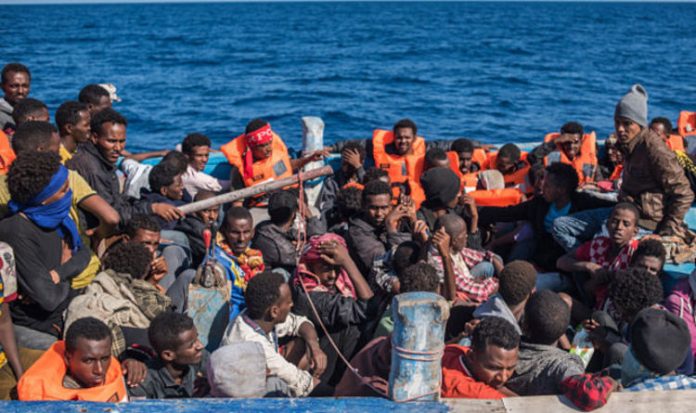 Malta was forced to take in 450 migrants last week to end a stalemate with Italy which refused to let the NGO ship Lifeline dock on shores, despite it being near the Italian island of Linosa.

Italy’s Interior Minister Matteo Salvini instead ordered them to dock 100 miles away in Malta which, after a number of days, only agreed if Italy and seven other nations took some of the passengers.

Mr Muscat raged over Italian “allegations that Malta had acted against the rules are totally unacceptable”, referring to the case of the vessel.

The Maltese leader added: “We understand Italy’s difficulties, but the solution is certainly not to attack a European partner facing the same challenges and continuously showing solidarity.”

The letter was dated July 15, the day after the stalemate came to an end when the migrants were taken in by Malta after three days of waiting in the Mediterranean sun.

Mr Muscat’s note follows a letter fired off to him from Mr Conte first.

Exactly what was written by Mr Conte to the Maltese leader to rigger a retaliation is unknown, but the Maltese politician said he was “perplexed” by the jarred tone of the document.

The extraordinary exchange came days after captain of German NGO ship Lifeline, Claus-Peter Reisch, accused Italy and Malta of hiding behind a deadly “farce” in the Mediterranean Sea.

He also branded the EU “shameful” over its efforts to stop migrants being rescued.

Mr Reisch claimed at least 277 people died off the coast of Malta while lifeboats were anchored on the island before blasting the bloc over its treatment of asylum seekers.

He told Italian news wire ANSA: “It is shameful that the EU does more to prevent rescue efforts than to save human lives.

“Are we really discussing whether it is legitimate to save lives? If I had let those people drown, I would not be in front of a judge now.

“This is mean and it is a danger to democracy.”