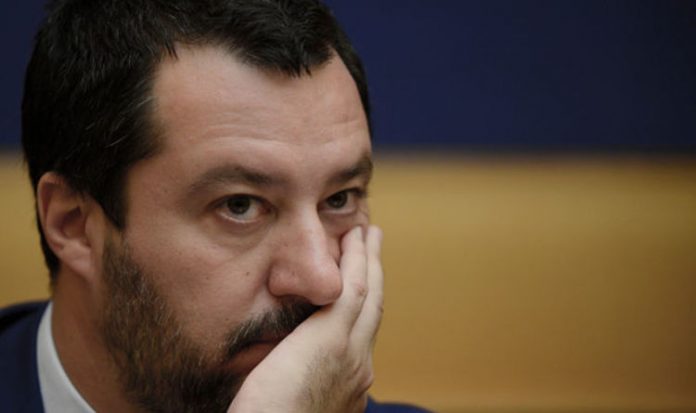 The country’s horrendous €2.1 trillion debt has risen by 1.6 points, making it the third highest debt-ridden state after Belgium, which has shown a 2.9 point increase, and Greece, up 1.8 point, according to figures from Eurostat.

At the start of 2018, Italy’s debt was recorded at 131.8 percent GDP meaning the amount owed is creeping up since the appointments of Five Star Movement leader Luigi Di Maio and Lega leader Matteo Salvini.

The pair have caused chaos for Brussels in a number of ways, most notably by demanding freedom from EU-imposed austerity at a time when debt has spiralled out of control.

Mr Di Maio insisted all EU member states must have the same fiscal and welfare systems, after Italy was penalised with strict curbs on spending.

He told Italian newspaper La Stampa: “There are five million people in poverty. It is an absolute emergency.

“In the next months the government’s attitude will be different from the past.

“We will move to obtain greater investments and the possibility of making structural reforms in the fiscal and welfare sectors.”

Mr Salvini told newspaper Corriere della Sera: “Tax cuts? They will be in the next budget adjustment.”

His eurosceptic advisor Claudio Borghi said in a separate interview Italy would be justified in skirting the bloc’s budget rules.

He told La Repubblica: “If the debt grows a little and the gross domestic product also grows, that’s not the problem.

“The only thing we need is expansionary policies.”

The coalition was sworn in on June 1 and since then has driven investors away with their populist programmes and policies.

Following the news comes another blow for the nation, in which the European Central Bank has requested to see plans by Genova-based lender Banca Carige as to how it expects to overcome a management crisis.

Banca Carige has lost its chairman and deputy chairman in recent weeks, alongside two board members, over disagreements with the bank’s chief executive.

The crisis further puts the health of Italy’s banking sector in the spotlight.

Last year, Veneto Banca, Banca Popolare di Vicenza and Monte dei Paschi made headlines when the Italian government topped up their shortfall by an extraordinary €23.4billion.

Experts say the continuous rescuing of banks could put the EU on the brink of collapse.