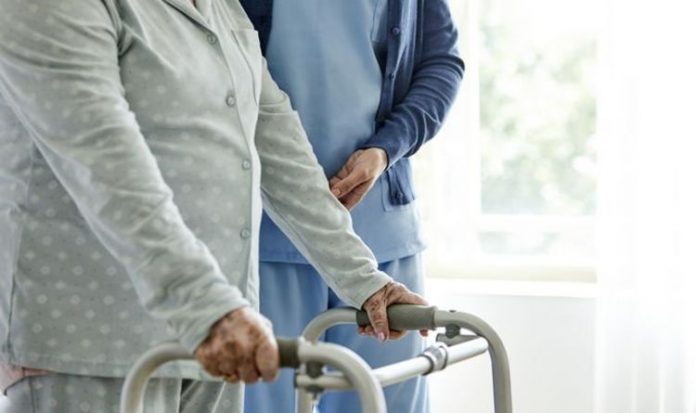 Care homes: Radio caller in tears after being allowed to visit mum

But the most expensive ones charge more than ­twice what it costs elsewhere, research says.Fees start at £621 a week ­in Blaenau Gwent, South Wales, while the most expensive places are offered in Islington, north London, at £1,488. That works out at a difference of more than £45,000 a year, according to findings by Legal & General. With care bills so high, one in four elderly residents will run out of money, retirement experts are warning.

“Care can be one of the more expensive costs someone will encounter.

“If you are living in an expensive location, such as London, for instance, you need a lot more money to fund care, and the risk of ­running out of money is much higher.”

The most expensive areas for residential care ­costs are overwhelmingly in Greater London boroughs, with Islington, Westminster (£1,483) and Hammersmith & Fulham (£1,468) topping the table of weekly charges.

But other areas have significantly lower care costs.

Research found that Stoke-on-Trent (£646), Blackpool (£644) and Merthyr Tydfil (£641) have some of the ­lowest for people needing ­private residential support, with the least expensive in Blaenau Gwent.

Around 1.3 million older people request care each year, but only around 700,000 receive it, according to L&G’s research which has been released to mark the launch of its Care Concierge service.

Even within the same ­towns and cities there are ­differences between the cost of private care and the local council-paid fee – despite self-funders and council-funded residents living in the ­same home.

On average, this gap amounts ­to £229 a week, the research found.

The biggest difference uncovered by the study was in Hammersmith & Fulham, at £814, while the smallest difference can be found in Bristol where there is a gap of just £20.

Further research from the Institute for Fiscal Studies found that the amount of money spent by the state ­per person on long-term care has fallen by 31 per cent over the last decade.

Again, the drop in funds varies considerably around the country.

L&G’s Dr Roberts said: “The reality is that there is ­no national system of ­long-term care.

“It’s a complex process that can be very different for ­individuals based on a ­number of factors, such as their benefit entitlements or health needs.

“We are seeing some great innovations and initiatives in the market to improve the cost and quality of care.

“But we know that people can benefit from personal guidance to navigate a complicated system.”

The most expensive homes charge more than twice what it costs elsewhere (Image: Getty )

THE cost of care can present a significant challenge for individuals and families.

The NHS provides a national healthcare free at the point of delivery, but there is no simple national system for care. Private residential care differs significantly across the UK in terms of cost and represents something of a “postcode lottery”, as Legal & General research shows.

Those looking to depend on state support for residential care may be left wanting, as local authorities’ budgets have shrunk. There are also disparities in who qualifies – the NHS will pay after a heart attack or stroke, but patients with dementia have to fund their own care.

This is likely to be more of a problem as our population ages.

The current system, supported by thousands of hard-working people, is not always designed with the individual user in mind.

Families who have not planned ahead are having to make significant financial decisions in what is often a time of crisis.

Perhaps after Mum or Dad have broken their hip, been hospitalised and can no longer cope at home alone. One in four people will run out of money while in care, so understanding the real costs you may face is important.

In the meantime, the best thing we can do to help protect our families is to plan early.

People should scope out costs locally and think about their best funding options.